Type and culture: two pieces of the same puzzle 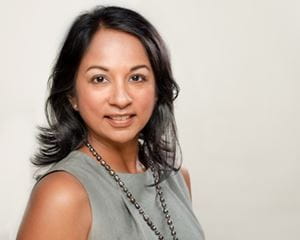 I am from the UK, and I currently work as a freelance performance coach in Manila, Philippines. Several years back, an expat friend described how her husband’s company, a global energy leader, brought an Australian psychology professor up to Manila to conduct an MBTI workshop for the senior management team, comprising both Filipinos and expats. When asked what effect culture has on personality, she curtly replied, “None whatsoever!” Back then, I cringed. Today my reaction would be visceral.

The fact is, environment has a critical influence on inborn personality. This is never more obvious than when administering the MBTI assessment in a country with a strong culture framework, such as here in the Philippines.

I recently facilitated MBTI Step II for over 100 Filipino finance managers from a global organisation. More than 90% of the Filipinos reported a preference for Thinking. During the self-assessment, however, roughly 50% of these stated a preference for Feeling. Moreover, probing questions during individual interpretive feedback sessions resulted in many of the participants realising that their true preference was indeed for Thinking. To support this conclusion, I consulted their Step II Interpretive Reports, which consistently showed that despite an overall preference for Thinking, these managers often showed out-of-preference facets for Accommodating and Accepting.

The Philippines is a country with a strong ‘collectivist’ culture, which Hofstede describes as “a preference for a tightly-knit framework in society in which individuals can expect their relatives or members of a particular in-group to look after them in exchange for unquestioning loyalty”. This manifests itself as a strong urge to maintain group harmony and avoid conflict. Hence the Accommodating and Accepting out-of-preference facets.

The behaviour of Filipino Thinkers would differ significantly to their Western counterparts. Filipinos would tend to avoid expressing disagreement, whereas a UK or US manager would be more comfortable challenging or critiquing team members, and even their own managers. However, their underlying preference is still for Thinking, and they still make decisions based primarily on facts and logic, rather than on values. It’s just that the Thinking preference is much more difficult to spot if you assume that MBTI type is expressed in a homogenous way everywhere.

This is just one example of how using MBTI can help to help explain uncertainty and confusion between inborn preferences and environmental influence. I now frequently complement MBTI sessions with workshops that focus on appreciation and acceptance of different cultural frameworks.

Understanding inborn preferences can also help expats adjust to ‘culture shock’ when moving to a new country. I have used the MBTI framework to help Introverts understand that it’s normal to be uncomfortable with the very sociable nature of expat life. I’ve also found that having a new, neutral language to use during discussions can be useful when comparing different cultures. A Judging expat can appreciate the general Perceiving tendencies of Filipino culture if you give them an understanding of differences between the Judging–Perceiving attitude pair.

So what should you do if you’re coaching people from different cultures together, which is likely to be the case in many modern multinationals? Firstly, don’t assume, as my friend did, that culture has no bearing! Instead, my recommendation would be to use Step II to isolate the facets that result from cultural and environmental factors. Look for the trends in the people and cultures you are working with, and build up a knowledge of cultural dimensions as researched by Hofstede, Trompenaars et al. Gradually, a clearer picture will emerge from the blur created by the combination of personality and culture, and you’ll be able to carry on providing moments of clarity for your clients, regardless of cultural boundaries.

Joanne Weston is an Associate Certified Coach (ACC) with the International Coach Federation (ICF) and a certified practitioner of the Myers-Briggs Type Indicator. She has coached and facilitated programmes for organisations in diverse industries such as international development, outsourcing and shared services (BPO), travel, fast-moving consumer goods, media, manufacturing and luxury goods. After a career in sales and CRM with technology giant Cisco, she changed direction to focus on leadership development and coaching. She is currently based in the Philippines, helping global clients with operations across South East Asia and beyond. Find her at http://mimosasolutions.com.