Today, the MBTI tool is the most widely used and recognized personality tool in the world. Around two million people complete it every year, but how did it begin?

Who created the MBTI assessment?

It began with Katharine Cook Briggs and her daughter, Isabel Briggs Myers, in the United States in the early mid-20th century.

Briggs was inspired to research personality type theory when she met Isabel’s future husband, Clarence Myers. She noticed he had a different way of seeing the world. This intrigued her enough to start a literature review to understand different temperaments.

What is Jung’s influence on MBTI theory?

Carl G Jung published Psychological Types in 1921. Briggs read the English translation (1923) and saw similarities between their ideas. However, Jung’s theories of personal difference were much more developed.

Briggs and Myers thought Jung’s work was so useful that they wanted to make his ideas accessible to a wider audience.

When was the MBTI assessment first published?

World War II was a huge influence on the project’s development. Myers believed that if people understood each other better, they’d work together better and there’d be less conflict. The post-war world could be a better place.

She was determined to find a way to give people access to their psychological type. This led to the idea of a type indicator, and Myers dedicated the rest of her life to its development.

She spent the next 20 years developing questions and validating the instrument and the theory. The MBTI instrument was first published in 1962.

Who publishes the MBTI questionnaire now?

The Myers-Briggs Company (formerly CPP, Inc.) has published, researched and updated the MBTI instrument since 1975. It has trained practitioners since 1989.

Today, The Myers-Briggs Company continues to follow Myers’ guiding principle: that understanding personality and difference can change the world for the better. 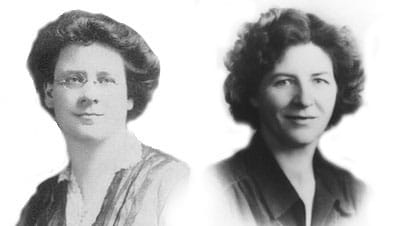 The MBTI questionnaire, first published in 1943, was originally developed in the United States by Katharine Cook Briggs and her daughter Isabel Briggs Myers. Katharine Briggs was inspired to start researching personality type theory when she first met Isabel’s future husband, Clarence Myers. Whilst Clarence was a very eligible match for her daughter, Katharine noticed that he had a different way of seeing the world to her and her family, and was intrigued enough to start an extensive literature review based on understanding different temperaments. It was shortly after Carl Jung’s publication of Psychological Types (1921; 1923 in English) that Katharine realised how closely his theories resembled hers, and how much more developed they were.

Qualify to use this tool: discover options for MBTI training and applications 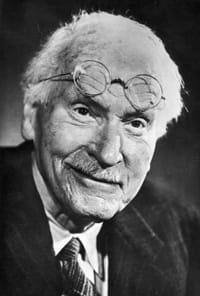 Carl Jung was a renowned Swiss psychiatrist, and is still seen by many, along with Sigmund Freud, as one of the founding fathers of modern-day psychology. His theory of psychological types proposes that people are innately different, both in terms of the way they see the world and take in information, and how they make decisions. Briggs and Myers thought that these ideas were so useful that they wanted to make them accessible to a wider audience.

Discover another tool for personal development and coaching: the FIRO instrument

Translating the theory into a practical tool

Driven by a desire to help people understand themselves and each other better in a post-war climate, Isabel Myers set about devising a questionnaire that would identify which psychological type a person was. To do this, she enlisted the help of more experienced psychometricians, and her work was later endorsed by professors from the Universities of California, Michigan and Florida. Isabel’s subsequent writings on type and self-development remain utterly resonant today, both in professional and personal life.

The MBTI questionnaire was first published by the Educational Testing Service, before being taken over by Consulting Psychologists Press (CPP), who still publishes the instrument today. The Myers-Briggs Company has been distributing and training people to use the MBTI questionnaire since 1989 and, since then, has developed fully validated translations of the questionnaire in 14 languages, and completed a significant body of research into its validity, ensuring that it remains a robust tool for users across Europe.

An explosion in popularity

The MBTI questionnaire is now used in situations as diverse as marital counselling and executive development, and has become the world’s most popular personality instrument. Its positive approach to understanding differences is appreciated by the two million people who complete the questionnaire globally every year.

Discover how we helped an organisation define and develop their leadership

How to lead the market for sustainable beauty products

How did MBTI and TKI help with leadership development

Aligning a UK-wide team with a new organizational strategy

Find out how the MBTI inspired senior management

See how the MBTI boosted teams, planning and performance

Developing a global workforce in a pandemic

England and Wales Cricket Board

Discover how the ECB uses the MBTI to develop its cricketers

Find out how the MBTI assisted leadership development

Find out about the MBTI tool’s ability to champion diversity

Learn how senior leaders were developed with MBTI and FIRO

How does a world-leading university develop self-awareness in MBA leadership students?

See how Macmillan uses the MBTI instrument for team development

Find out how Macmillan uses MBTI insights to upskill GPs

See how the TKI helped manage conflict and develop teams

Find out how MBTI and FIRO boosted this NHS Trust

Discover how collaboration was forged from diversity

Focusing on competencies for top-level selection

Going global: the role of virtual technology in MBTI® training

Find out how the MBTI eased a Waitrose relocation