Who did we speak to?

The research took place between April and June 2017, and was completed by 937 people. 71% of respondents were female, 27% male, 2% transgender/preferred not to disclose, and the age range was 14 to 90 years with a mean age of 45. Respondents knew their reported MBTI best-fit type, so we might expect a higher level of awareness than across the broader population.

What did we ask?

Our survey included questions such as:

But first, we asked respondents for their views on self-awareness generally.

What did people say about self-awareness?

From our questionnaire, 87% of respondents said it was important for them to monitor their mental state. 78% enjoyed exploring their inner self, while 98% said that it was important to understand why people behave the way they do.

What are the advantages of self-awareness?

The top advantage from our respondents was understanding reactions and motivation. The next three – management of self/others/choices, adapting behaviours and improving relationships – are perhaps more obviously connected with what we do every day in the workplace.

As a counterpoint, the biggest reported disadvantage of self-awareness was over-thinking or over-analysing.

As well as exploring benefits to individuals, we also asked what people perceived as the benefits to others. Many of the responses included comments about being a ‘better person’ and increased ‘productivity’.

How does self-awareness benefit businesses and organisations?


They also said that self-awareness had been most helpful in the following areas: 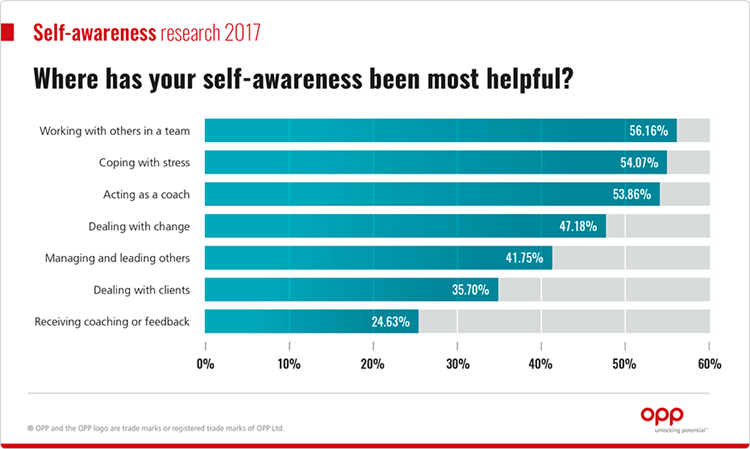 These findings indicate a strong potential link between self-awareness and workplace performance.

We asked respondents which methods they used to improve their self-awareness, and which ones worked best. 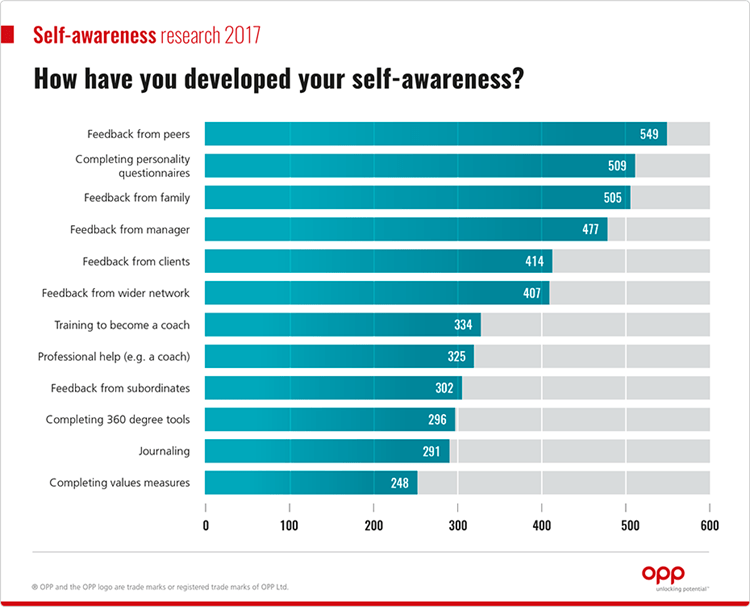 These top-level findings from the research show that increased self-awareness has a favourable impact on key work-related areas, such as decision-making, leadership, confidence and capitalising on strengths. We’ll look more closely at the business implications for self-awareness in a future blog post, but the next blog will focus on the individual – we explore self-awareness and MBTI type in more detail.