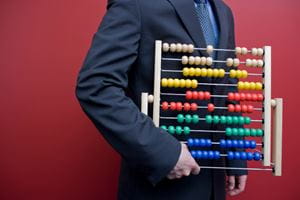 Finance departments in large organisations are often regarded with a degree of suspicion. They demand numbers and figures from everyone, and say “No” to requests for more resources. Like many finance functions, the one at the large international food manufacturer we were working with had mixed relationships with the business, and matters had been complicated both by the history of the business and the new corporate agenda.

The company had grown through acquisition, and many of the plants were still run as fiefdoms reflecting their past. The finance function had historically just ‘done the books’, but the CFO was pushing them to become value-adding partners to the business. At the same time, the whole organisation was moving to a unified accounting system as part the wider corporate initiative to transition to common systems.

The CFO asked The Red Thread if we could run an Influencing and Partnering workshop, as part of the drive to transform his function. He wanted to equip his employees better, to meet the challenges of persuading staff everywhere to accept and work with some of the changes he was introducing. We accepted the challenge with enthusiasm!

I built a workshop that looked at many of the aspects related to influencing, with themes of trust and the MBTI approach woven throughout. And it was these two aspects in particular that had the most impact with the participants and shaped the way they took the learning back into the organisation.

The trust exercise was structured around group theory and the prisoner’s dilemma (http://en.wikipedia.org/wiki/Prisoner's_dilemma). As you might imagine, this caused huge debate, especially about matters of fairness and how people react when their values have been crossed. Unsurprisingly for an accounting function, Thinking was a typical preference, and those with a T preference could rationalise some of their highly competitive but un-collaborative actions. However, the few Fs were affronted, and often refused to collaborate at all following a broken promise. The ensuing debate really challenged participants to reflect on how frequently they ignored some of the more useful ‘people’ aspects of their work in their pursuit of financially driven value.

We also spent a lot of time looking at the decision-making process, exploring the different ways in which different individuals make decisions using their MBTI mental functions. Using the four quadrants (NT, ST, NF and SF), the group explored how each quadrant typically behaved – led by those with that preference if there were any in the group. They discovered what appealed to different types of people more, what they found more persuasive, and how they tended to make decisions. As a result, we created an influencing checklist for each quadrant that people could go away and use after the workshop.

The participants then worked in trios to see if they could work out the preferences of operational staff they were trying to influence, and practised talking ‘out of type’ to influence that person, using the checklists created earlier. The invariable cries of exasperation at talking out of type followed! Often though, the influencer realised that the way they needed to influence was exactly the problem they were struggling with; for example, if someone with a Sensing preference wanted to persuade someone with an iNtuitive preference that they should be more precise, they had to do so using conceptual abstract arguments. The iNtuitive's preference for using conceptual abstract arguments was part of the problem that was so frustrating the Sensors the first place!

We also found that sometimes the group would decide that they didn’t need to influence the other person, but instead would start to collaborate with them. They would talk about their different preferences to see if they could find ways of working that would provide space for both their approaches; or at least agreed that both parties could make a change!

Overall, the MBTI tool provided a crucial underpinning that brought to life the need for the participants to flex their influencing approaches, and gave them concrete strategies for how they might do that. Crucially, experiencing preferences in action through the activities moved the learning from the conceptual to the practical – meaning the ideas would be embedded in the long term, and bring about a real change in behaviour.

Adrian Spurrell is a Senior Consultant at The Red Thread Partnership (www.the-redthread.co.uk), a consultancy that works with its customers to facilitate cultural change to improve their performance through their people – finding the threads that bind people together to deliver success. He has over 15 years’ experience as a consultant working across a wide range of businesses.