A consultant's experience: bringing Sensing and iNtuition to life in a team 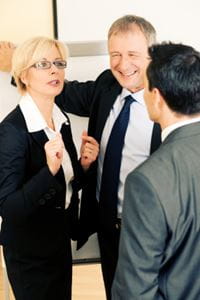 I was recently asked to run a focused and pragmatic MBTI session with a team of nine sales managers in a very successful FMCG company. My brief: “They’ve been through MBTI before and they are bright go getters, so it needs to be impactful”. “No pressure there, then!” I thought.

The team leader wanted them to gain an insight into the potential strengths and blind spots of their team, and to decide on some actions for improvement. They needed a recap of the key concepts of the MBTI, without using the usual exercises (such as looking at a picture for S–N). I wanted to make the exercises relevant to how they work together, so when it came to S–N, I ran an exercise to get them thinking about their own team dynamic, as well as bringing out S–N differences.

I asked them to prepare a presentation showing their view of the team in the past, present and future. There was a fairly even split in the team: four S and five N, so I split them into two groups according to their preference.

When they presented, there were real differences in the presentations, both in terms of content and in the process which had been used. Not surprisingly, the S group had followed the brief to the letter and had produced three flips, showing past, present and future sequentially from left to right. The S approach showed the progression of the team, and brought out positive aspects, such as good performance, as well as areas that needed changing, like improving communication and decision-making.

The Ns had ‘interpreted’ the brief, and drew a picture showing the themes of trust, communication and performance as core to their vision of the team. They had an interesting conversation about the decision-making, targets and communication in the team, and how this related to their level of trust. They also looked at their different approaches to the task, and linked this to other instances where misunderstandings had occurred due to S–N differences – particularly in their planning processes.

As a result of these different approaches to the exercise (as well as the insights that came out about the team), there was a deeper appreciation of the value brought by the differences between members, and an understanding of why there had been some frustrations in the past. The team agreed how they would work with each other to improve communication, but perhaps more importantly, they gave each other permission to ask questions that would achieve a better result for everybody.

In addition, one of the S’s had an ‘aha!’ moment about a client he was working with, who kept asking him for the new “big idea”. He realised that he was communicating new products and marketing ideas in a very pragmatic way, focusing on how they could be used. His N colleagues shared their way of explaining things, which was more conceptual and linked to a theme or big picture. He found it helpful to be able to use their language, and in turn they shared their surprise at realising why they sometimes left clients with the ideas, but without complete clarity on how to implement them. They agreed to use some time in team meetings to share ways of communicating new products with clients to ensure they could match the needs of all the clients.