Would you rather go on a date with Apple or McDonalds? 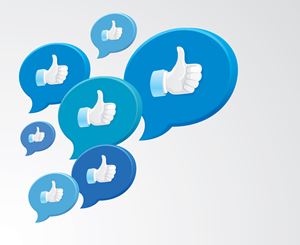 That’s one of the questions I posed to delegates at the European Association of Test Publishers (E-ATP) at their annual conference two weeks ago. I’ll tell you later how they answered. I was looking at the future of the recruitment industry and how the method of searching for top talent has been changing rapidly over the past two years.

Ten years ago, companies used newspaper and magazine advertising to attract applicants. Then the job board came along, and for a decade it became the preferred medium. Things have changed again recently, and we are currently at the beginning of a social media explosion when it comes to attracting talent.

Social media sites such as Facebook and LinkedIn are transforming recruitment, basically because this is where the next generation of talent is to be found, and it therefore makes sense for companies to attract passive candidates and build pools of potential recruits via these sites. Passive talent usually means employed professionals who are not actually looking but are open to discussing potential opportunities. The pool can be supplemented in various ways. The simplest is where a candidate scans Facebook looking at the pages of companies they might like to work for. Candidate Carol sees the friendly faces of members of a company’s recruitment team and sends one of them a message asking if there are any positions open for someone with her background and experience. Correspondence or a Skype call follows, even though there are no current vacancies that would suit Carol. A month later, a suitable role becomes available and the recruitment team finds Carol in their database. They use the notes from their earlier contact to build Carol’s interest, and coach her through the recruitment process. The role is filled within four weeks and the company saves £15,000 by not using an external recruiter.

A variation on this method is to encourage employees to include their employer on their Facebook contacts and to say something complimentary. Friends or even strangers strike up a conversation with them about their employer and sometimes say that they would be interested in working for that employer should a suitable vacancy occur. The employee passes that information to the recruiters at their company and details go into the database. Some larger companies are experiencing a 30% increase in this method of referral year on year and many are reporting a 25% decrease in the use of employment agencies. This means big savings – at the CIPD’s 2013 Social Media and Recruitment Conference, some large companies were reporting that they saved £6m on agency fees by using social recruiting through Facebook or LinkedIn.

So how does an employer build an image of itself that is so attractive that talented people who currently work elsewhere are willing to wait for a vacancy to occur? Employers use various methods simultaneously, and one that I have been looking at in detail is the recruitment video, which is intended to define the employer brand, and to some extent give a realistic preview of what it is like to work in that company. You can find hundreds of examples on YouTube, and they are all very similar. The featured company has no faults. It provides exciting, challenging work with stimulating colleagues who work in transient teams that bond quickly and easily. Everyone is valued for who they are; no idea put forward by an employee is ever rejected until it has been carefully examined. There is no hierarchy to speak of and the CEO is inevitably 'cool', informal and very approachable.

It struck me that this method of self-presentation is similar to what is required on a dating website, and that what companies are hoping is that talented candidates will look for a 'match'. That is why I played several of these videos to candidates at the E-ATP conference and asked them to describe the characteristics of individual companies as if they were people. I also asked, “If you were single and in your early 20s, would you date this company?

Only one member of the audience wanted to date Apple (“Too pleased with itself”), many would go out with Google but almost everybody was attracted to McDonalds (“Relatively modest and willing to admit it has a mixed reputation”).

Companies risk attracting the wrong candidates and disappointing their recruits by the manner in which they present themselves in these videos. Some even miss the point by presenting their product brand rather than their employer brand. Also, no published metrics or objective data are used to define a company’s culture in order for one company to be compared fairly with another. Psychologists could do more to help here by creating better versions of the  instruments that currently exist to measure company culture. Finally, no proper science of matching a company’s culture or 'personality' with that of a candidate has been developed.

Last year, OPP explored personality matching. We asked 9,900 people in the US, UK and Ireland who were in a long-term relationship to take the 16PF personality questionnaire, and we found that the more satisfactory relationships were associated with similarity of personality. We would like to know if this is true of an employee’s relationship with the company that employs them. However, without the opportunity to measure the culture of several different companies, as well as a good psychometric instrument to use for the measurement, we cannot yet do so.

Is social media recruiting here to stay, and are the days of the job board, the applicant tracking system and the head-hunter numbered? The answer to all four questions is “Yes” as far as recruiting the younger generation of top talent is concerned. Job boards will continue to exist in order to fill routine or less skilled jobs, but many candidates and employers find them too industrialised and impersonal. Employers also find that these media can actually make their job harder by attracting too many ineligible applicants per vacancy. Recruiters want quality and not quantity, and they believe that recruitment via social media is giving them the former. Whether this is true or not, time will tell. However, if recruiters want to recruit quality and keep it (the US Department of Labor predicts that the average graduate today will have had 10-14 jobs by the age of 38), then the application of psychometrics to all the components of the candidate matching process will be essential.