The marriage between conflict and change 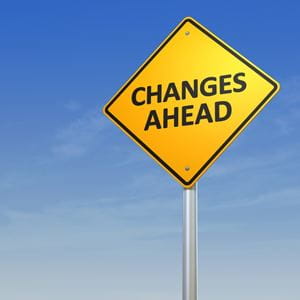 At a much earlier time in my career, I addressed the disciplines of conflict management and change management as if they were distinct topics. Gradually, however, I began to see the very strong connection - marriage - between these two fields of study. In fact, it's now impossible for me to see or use one approach without the other.

Increasingly, I have learned to appreciate the role of dialectics in both physical systems and human society. In the Eastern world, Hindu, Vedic, and Buddhist traditions have often used probing dialogue and intense debate to discover the truth or resolve an issue. In the Western world, dialectics officially began with the Socratic method and then continued its development with medieval philosophy. Then Kant, Hegel, Marx, Engels, and others used the dialectic perspective to examine the development of economic and social systems. Also included in the notion of dialectics (survival of the species) would be Darwin and other biological/evolutionary theorists. Aspects of quantum physics (and cosmology) also emphasize how particles compete/collide with one another and then mutate into different forms of matter and energy (which might partially explain the creation and evolution of universes).

I now view a 'dialectic' as being on the distributive dimension of the TKI Conflict Model (from competing to compromising to accommodating), positioning one particle, person, thought, or thing against another (sometimes its opposite). Whether in terms of a thesis and its antithesis or some other framework, it is the tensions, polarities, forces, collisions, etc. between two or more opposing positions that then has the potential to transform the 'dialogue' into something new... sometimes revolution and not just evolution. Kant and others used the term 'synthesis' to capture how a thesis and antithesis emerge into a new state or resolution, which then sets the stage for another antithesis, etc. Naturally, I see a 'synthesis' on the integrative dimension on the TKI Conflict Model (between compromising and collaborating), which requires a unique set of situational attributes to bring about something really new (which transcends and includes everything else that came before). Hegel and others have seen these repeated cycles/spirals of conflict/resolution as capturing how evolutionary and revolutionary change unfold.

I have come to this conclusion: without highlighting (if not magnifying) conflict between people, positions, systems, and things... and then without managing those accentuated dialectics effectively... it seems unlikely to create real personal and organizational change. Nurturing the dialectics (tensions, polarities, conflicts, incompatibilities) in every aspect of a complex system (its culture, skills, teams, strategies, structures, rewards, work processes, etc.) suggests a foundational basis for promoting change in ourselves and our surrounding systems. Taking this premise even further: unless change agents and their clients learn how to effectively manage conflict, their capacity for creating evolutionary and revolutionary change will be severely limited.

Imagine how many efforts at training, consulting, coaching, facilitation, mediation, teaching, etc. have been minimized because people haven't been comfortable with and learned how to succeed at magnifying and then resolving their conflicts... at each stage and aspect of their endeavors.