Do we really give introverts a hard time? 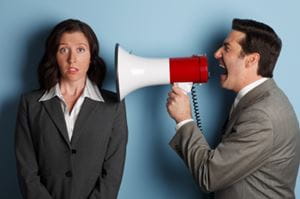 This was the headline on the BBC’s online News Magazine this week. It caught a lot of people’s attention, including mine. The opening paragraph went on to assert that it is often assumed that extroverts do best in life. Clearly the intention was to provoke debate on the back of Susan Cain’s new book, ‘Quiet: The Power of Introverts in a World That Can’t Stop Talking’... and it has!

Of course the book and the media coverage around it raise some really valid points, and in doing so bring some important issues to the attention of the general public. However I can’t help thinking that it’s unnecessary to create a polemic between extroverts and introverts, and also that it’s a bit too simplistic to limit these considerations to just this one dimension of personality.

For those of us who work in this area, and particularly those who work with the MBTI assessment, we have long recognised that there is a socially desirable bias towards extraversion in most western cultures. Isabel Myers wrote very persuasively on this point in relation to all four MBTI dimensions where she had detected a bias for Extraversion (E), Sensing (S), Thinking (T) and Judging (J); the very opposite to her own preferences. When OPP developed the current UK edition of the MBTI assessment, research participants were asked whether they felt societal pressure to behave in ways that would fit with one or other of the preferences. A clear pattern of perceived pressure to behave in E, S, T and J ways emerged, with 92% feeling pressure to behave in an Extraverted manner; 68% for Sensing; 63% for Thinking and 85% feeling pressure to behave like a Judging type. Moreover, the majority of such pressure was cited as being either from the nature of the work that people do, or the organisation in which they work. So for those of us working in organisations, these pressures are particularly prevalent, and most markedly for the extraversion-introversion dimension.

Of course a lot of the cultural bias around introversion and extraversion is a result of misconceptions about what these preferences are all about. For example, Cain cites the fact that employers seek ‘team players’ as evidence of a bias towards extraversion. Although some people may hold stereotypes about team players being the ones who are ‘out there’, the reality is that teams, both in workplaces and elsewhere, are generally comprised of a mix of extraverts and introverts and that neither type is any more skilled than the other in terms of teamworking. One characteristic of high-performing teams is that members appreciate and take advantage of diversity of experiences and perspectives, including the balance of extraversion and introversion, making sure that they have processes in place that enable everybody to contribute their best.

Helping teams to high performance is an area where OPP and our practitioner customers are frequently asked to intervene. Teambuilding that explicitly includes a personality assessment facilitates discussion of the different personal styles of each team member. We aim to move teams beyond simply understanding that there are different valid approaches to work, to helping individuals to embrace the value not only of their own preferred ways of working and individual strengths, but also of incorporating and accessing their less preferred modes. Bringing in less preferred modes not only ensures that all team members are appreciated for who they are and what they bring (i.e. removes biases and prejudices), but also results in better outcomes, such as more fully considered decisions that will actually stick rather than be overturned or undermined later. The same concept can also improve individual performance. As Susan Cain mentioned on BBC Radio 4’s Woman’s Hour this week, even extraverts do well to make sure that they make time nurture and use their introverted side. I know that this insight has been invaluable to me personally over the years.

Whether teamworking or individual working is going to be most effective depends a great deal on the task at hand. However whichever way you look at it teamworking is a requirement of organisational life. Even for individual contributor roles there is a need to co-ordinate across individuals, and at least from time, to time to work with others. Learning how to work more effectively in teams is always a worthwhile investment. Moving teams to more effective working is most often is about helping them to understand and appreciate the value of different perspectives, not only extraversion vs introversion, but also other key aspects of personality. This is why incorporating a framework such as MBTI theory is so very effective. It’s simple enough that people can quickly grasp and use it to see how their own ways of working compare and contrast with other people; and yet deep enough that teams and individuals can keep coming back to the MBTI for a new perspective each time a new challenge arises.

High performing individuals know their own strengths but also respect and value the contributions of their team-mates. Valuing diversity of personality is one of the key things that we at OPP aim to facilitate. It’s not about whether one style is better than another, it’s all about how we appreciate alternative approaches, and flex to use a full range of styles, within ourselves and when working with others.

I will continue to enjoy the media attention being created by Cain’s book. I see this as reinforcing the views that I have held for a long time now, that introversion and extraversion provide equally valid approaches. But I would also invite everyone to think some more about those other dimensions of personality, and to remember that we work best together by appreciating and embracing those differences, rather than arguing about who is best.