Are you a gig worker?

Are you a ‘gig worker’? That may not be how you usually describe your job, but try the following checklist:


If you ticked all or most of these, then even if you call yourself a “contractor” or a “freelancer” or a “consultant” you probably are a gig worker. This is a large and growing part of the workforce. Some estimates suggest that by 2030 there may be more gig than ‘regular’ workers. Making individuals aware of their likely strengths and possible blind spots as gig workers is, therefore, important. It helps them decide if it’s an environment they can thrive in. It’s also important to help organisations understand how to motivate and manage the gig workers they employ. There’s been very little research into these important topics, so we carried out our own study.

The survey asked how personality and other factors relate to

1,308 people from the US, the UK and elsewhere around the world participated. The results make fascinating reading. For example, the most common reasons why people became gig workers were 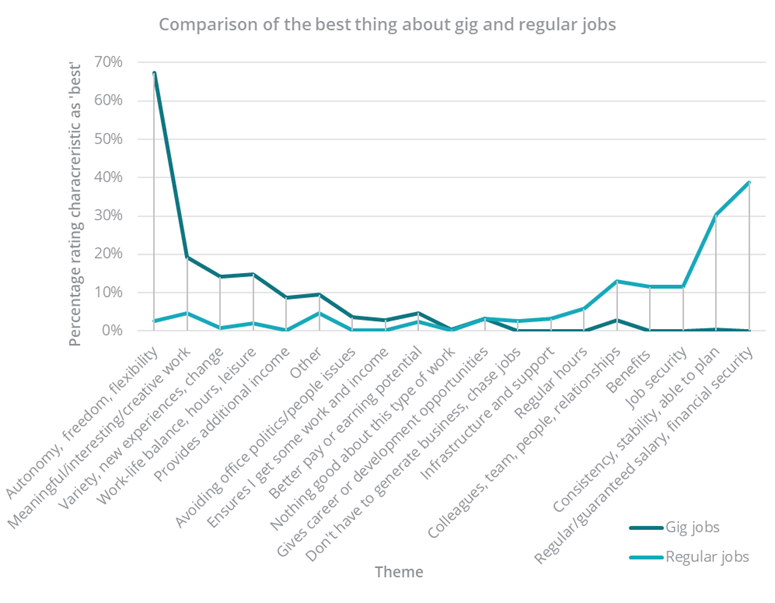 Gig workers saw having autonomy, freedom and flexibility as the best thing about their work, whereas for regular workers having a regular or guaranteed salary and financial security came top.
The worst things about gig and regular jobs were also mirror images of each other: 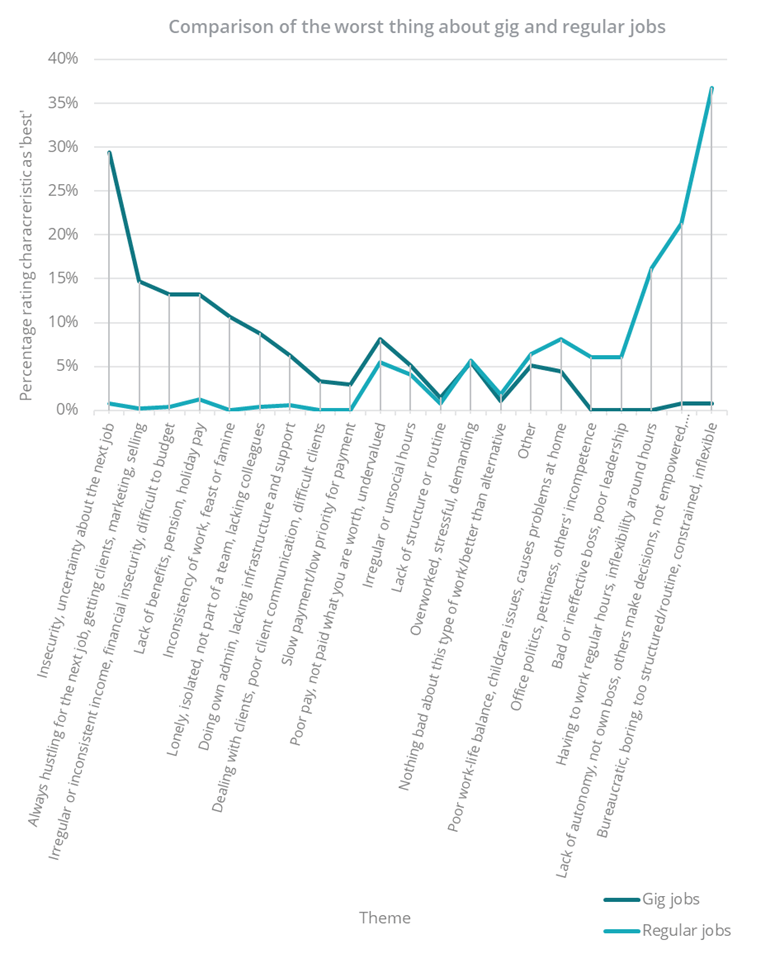 Although this was the general pattern, there were some personality type differences. For example, people with ENTP preferences were especially likely to say that autonomy and flexibility were the best things about gig work. Understanding personality types can help people learn why they enjoy some parts of gig work more than others. We used the results of the research to produce type-based advice for different personality types. This should also be useful for type practitioners working with gig workers.

Overall, people with personality preferences for Intuition were more likely than others to have gig jobs. However, there were workers of every personality type within the gig economy.

You can download the full report on our research here.