Understanding the science of conflict 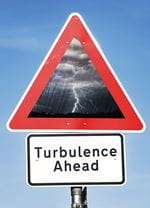 People seem to be divided into those who think conflict is a bad thing that should be avoided if at all possible, and those who see it as the necessary spark that drives creativity and peak performance.

Neuroscience seems at first glance to support the ‘avoid it at all costs’ view: when people feel threatened, the flight/fight response kicks in. The newish term is the ‘amygdala hijack’. Whatever it’s called, it stops the problem solving part of our brain working optimally, which is something all of us can agree is not a good thing in most working environments. So how can we regain control of the plane after the hijack?

In the immediate aftermath of the perceived threat and the triggering of the amygdala, we’re best to practice mindfulness, call time out or simply count to ten. But once our adrenalin subsides we still have to face and resolve the conflict. What then? 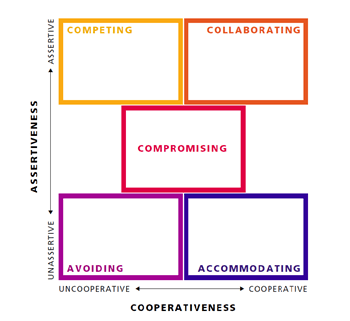 To manage conflict productively we need to understand the science of conflict; that there are different styles which we all need to master to be proficient in handling the range of conflicts we face. The TKI instrument describes the five conflict handling styles, and what I find most helpful is that it enables people to see that they can step back and consider the issue that’s causing conflict in a wider context – then they can consciously choose which style they use. For instance, if the conflict is over something very important where maintaining relationships is vital, it will be worth investing the time and effort generally required by using the ‘Collaborating’ win-win style. By contrast, where the issue is much more important to your opponent than it is to you, but there is value for you in building your relationship for the long term, then using an ‘Accommodating’ style is the smart move. If you’re the fire marshal in a burning building and people are debating how to evacuate, then winning in the ‘Competing’ style might save lives. Of course, conflict doesn’t always trigger a hijack: conflict is simply when two people don’t agree. Regardless of whether conflict triggers emotion, being aware of which style(s) you favour, learning when to use which style, and gaining skills in your less preferred style(s) not only makes you more effective in handling conflict, it also makes the prospect of conflict less daunting. 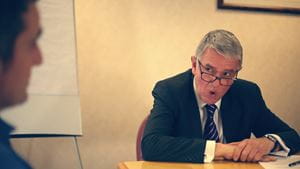 Michael Brown, Independent Behavioural Change Consultant, has created four videos that are great fun: they show how not to deal with conflict, highlighting how unproductive it is when someone’s preferred style isn’t a good match to the conflict situation they are in. Here is the first scene of the video, the full version of which is available from How NOT 2 videos.

Michael has worked with the TKI instrument for more than 12 years and regularly introduces teams to the model, and his videos are a great way to embed the different styles. You can stop the action or pause when the questions come up on screen to engage the group in spotting which styles are being used etc. To support group sessions, OPP has just relaunched a TKI poster (see the graphic above) where individuals can plot their preferred style.

OPP’s consultants have found that bringing professional actors into leadership development programmes such as our work with Celesio enables managers to practise and get feedback on their use of different conflict handling styles. Actors can create an increased level of realism and challenge to maximise learning.

The very best negotiators are able to use all five of the TKI styles, and there is no reason why you shouldn’t too.

The TKI instrument and supporting resources are available from OPP. The assessment requires no qualification training to administer, although a one day instructional course is available.