The Selfie Stick of Shame 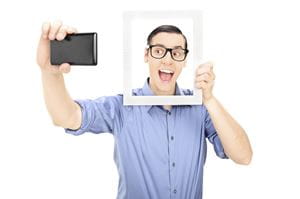 In the news this week, it seems that Humberside Police have come up with a novel way of recruiting their new Deputy Chief Constable. Prospective applicants were asked to include a ‘selfie’ with every request for an application pack. According to Chief Constable Justine Curran, this was because it was “vital that candidates embraced new technology” (hence presumably the idea that candidates should demonstrate their cutting edge technological expertise by taking and emailing a photograph). In Curran’s words, “it is vital that potential candidates understand the importance of embracing new technology within Humberside Police at the point of applying for the role”.

Now at this point you might be thinking, what’s all the fuss? Taking a selfie might be a somewhat quaint way of demonstrating that you’re down with the kids, but no harm done, surely? Well, I’d beg to differ. Humberside Police are shaping up to be the first nominee for the 2015 ‘how not to do recruitment’ awards.

Let’s just think for a moment about what might happen to that photograph. When the email application arrives, the selfie is either going to be discarded, or else attached to the application as it progresses through the recruitment process. Neither choice is a particularly happy one.

On the other hand, if the photo remains attached to the application, this raises even greater problems. The selfie will give clues as to the gender, age and ethnicity of the applicant, and while I’m sure that Humberside Police have no intention of unfair discrimination, it is very hard for any of us not to be influenced by our biases (for example, a 2012 study found that application forms from female applicants for a lab manager job were consistently rated lower than applications from male applicants – even though, apart from gender, the CVs were identical in every respect). At the very least, using selfies in this way feels like a hostage to fortune against any future claims of unfair discrimination in the recruitment process.

Of course, it is well-established which methods work well in selection – objective assessments such as structured interviews, ability tests and personality questionnaires, for example. Reviewing applicants’ photographs is not on the list, and today very few organisations would dream of asking you to “enclose a photograph with your application form”. Unfortunately, there is something about the shiny glitter of new technology that can seduce organisations into forgetting best practice. If something is unethical, illegal or simply silly when you do it via traditional channels it is probably still unethical, illegal or simply silly if you do it via the internet.

In their enthusiasm to look modern, Humberside Police have ended up looking rather old-fashioned.