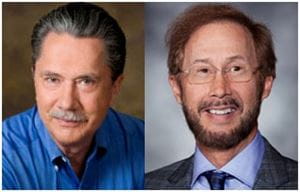 In Act I of my blog posts marking 40 years of the TKI, I described the circumstances surrounding the development of the instrument. In this continuation of the story I’ll explain how ongoing research and validation enabled it to become the world’s best-selling conflict management tool.

In the late 1980s, a criticism developed concerning the small and demographically limited sample that had established our conflict-handling norms (339 middle and upper-level managers in business and government). Although not reported at the time, Ken and I knew that this sample was predominately white male and highly educated, which was, of course, very different from the increasingly diverse U.S. workforce. But at the time these complaints were surfacing, we were busy with other research projects, and we decided to live with the limited norm sample, even though we continued to use the TKI in our university teaching and consulting work.

In 1998, TKI publisher Xicom, Inc. was acquired by CPP, Inc. Soon after the acquisition, the TKI booklet was printed in full colour and translated into Spanish, French, and Portuguese. But we continued to get complaints about the limited sample that was still being used to categorise whether a person scores high, medium, or low on each conflict mode.

CPP put the TKI online in 2002 and soon after OPP made it available in Europe through OPPassessment. This system provided computer-generated scores and instantly graphed the results on screen. Conveniently, the online system enabled the collection of extensive data from a diversified sample of respondents – which set the stage for finally updating the TKI norms.

From a database of 59,000 U.S. respondents who had already completed the TKI online, CPP’s research department created a randomised sample of 4,000 men and 4,000 women, stratified by ethnicity, age, organisational level, and geographical region. In 2007, the full report was prepared by Nancy A. Schaubhut and published by CPP.

Although we were all fully prepared to offer different respondents a different normative profile (based on gender, age, etc) in order to categorise their scores as high, medium, or low, that didn’t turn out to be necessary. CPP’s extensive research study resulted in two big surprises. Firstly, to our amazement, there were no significant differences, practically speaking, in the conflict norms across all demographic distinction (even though there were statistically significant differences due to the very large number of respondents in the sample).

Secondly, there were negligible changes in the norms from the 1970s to the 2000s – out of a total of 15 norms for the TKI (the three categories of high, medium, and low scores for five conflict-handling modes), seven norms stayed exactly the same, while the other eight norms changed by only one number on the assessment.

In sum, although experience shows that there are striking differences in behaviour between male and female, black and white, young and old, non-supervisory personnel and top-level executives, conflict-handling norms are pretty much the same across these demographic distinctions and have remained largely the same for the past thirty years. Little did Ken and I know that our 1970s’ homogeneous sample of 339 managers would indeed result in the same norms as the 2000s’ diversified sample of 8,000 respondents. Perhaps the one behaviour that crosses these divides is the way people, across the board, handle conflict situations.

With these minimal changes in norms for the TKI, it was easy to redo the one page in the instrument that profiles a respondent’s results into high, medium, and low scores. And we can now say, with confidence, that the TKI’s normative profile is based on a large, diverse, and up-to-date sample of respondents.

Nevertheless, the international study suggests that, for practical purposes, the U.S. TKI norms (in particular, the high, medium, and low categories) do not diverge strongly from those of the countries in this study. Thus, the authors felt comfortable in concluding that the current TKI Profile, using the English version of the assessment, can be used with confidence to interpret results for people of international origin and residence

The TKI in perspective

Looking back at the past forty years, the TKI was initially conceived when Ken and I met each other at UCLA in 1970 – he as a young assistant professor and I as an even younger doctoral student. At that time, we had no idea if our instrument would actually be published outside of our research article. And we certainly never dreamed the TKI would become so widely used in so many different kinds of organisations around the world. But we have remained exceedingly grateful for the excellent work that the TKI’s publishers and distributors have done, to continue bringing our creation to life.