Did your personality predict how you voted yesterday? 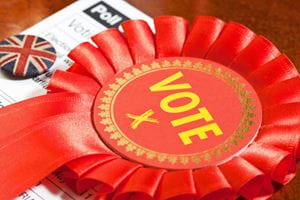 At OPP, we don’t pretend to be experts in politics – but we do know a little about personality.

A little while ago we carried out some research to look at the personality traits associated with different political viewpoints. Now that the votes are safely in, we can reveal what we found.

People who said they held Conservative views were more likely to be tough-minded introverts, compared to those with left-wing views, who were more sensitive and less self-controlled. More specifically:

So in terms of personality, people likely to vote Liberal have more in common with Labour voters than with Conservatives. It’s worth noting that the data was collected in 2011, and the political landscape was a little different back then. It will be interesting to see in which direction any disaffected Liberal voters jump.

One particular change since 2011 has been the rise of the UK Independence Party. Unfortunately we didn’t ask people about UKIP directly, but we did ask them if they had “nationalist” views. This group was more keen than most people to persuade and possibly control others, more socially confident (and more likely to take risks), more objective, more suspicious and more tense. Interestingly, OPP’s research indicates that as a nation we have become on average a little more neurotic and suspicious over the last 20 years.

Some of these findings may come as a surprise, others may fit our stereotypes. One comment that often comes up in these debates is the ‘fact’ that right-wingers are less intelligent than left-wingers, as reported in this article for example. In fact the situation is much more nuanced, and in our research we did not find that Conservatives were significantly less intelligent than other groups. In fact, people who expressed an affiliation for any political group scored higher than those who had no opinion.

That is, with the exception of one particular group. We’ll leave it to you to guess which one!