Personality and the pursuit of happiness 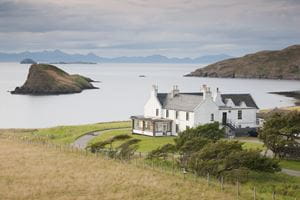 After two years of intensive work, the Office for National Statistics has published a new report on how happy we are in the UK (Measuring National Well-being: Life in the UK, 2012).  Inevitably, the news media have picked up on the “happiest places to live in the UK” (the Outer Hebrides, Shetlands and the Orkney Islands), but overall the survey shows that things are not as bad as we might have feared, despite the downturn. For most people, their economic situation is a little worse than before the recession, but their overall levels of life satisfaction are about the same.

Whatever the overall picture, here at OPP we know that everyone is different, and that our personality has a big influence on how we feel about our lives. Last year we asked over 1,000 people from across the UK to complete the 16PF personality questionnaire and answer some other questions about themselves as part of our research, and we thought it would be interesting to compare these results with the ONS report. As we predicted, two questionnaire scales jumped out: Emotional Stability (how we are coping with the stresses of life) and Apprehension (the degree to which we are self-critical).

We were also able to compare the 16PF profile of the UK population in 2011 with the results from 1994 (you can download the full results here). Overall the results were very similar, but the biggest difference was on the Emotional Stability factor, suggesting that on average, we are coping just a little bit less well with the trials and tribulations of life than we used to (the second largest difference was on the scale of Vigilance, suggesting that we may be a little less trusting than we used to be).

And what of the 16PF profile of the Outer Hebrides, Shetlands and Orkney Islands? Sadly, we don’t have a large enough sample from there to run the stats, but we’d be interested in your predictions...