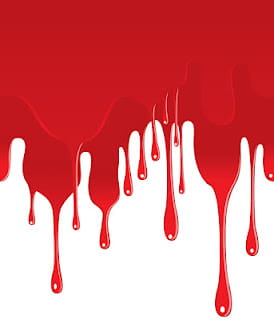 In the eighth episode of The Apprentice, both teams had one day to meet with a number of up-and-coming urban artists. They then had to select two artists to present their work in a one-off exhibition. In addition, both teams were assigned a corporate buyer each, who they needed to flatter, woo and fawn over to get them to part with some big bucks. Part of succeeding in this part of the task meant establishing what art work would be suitable to the corporate buyers, and on that basis selecting an artist’s work that might appeal to them in the exhibition.

Let’s assume that this week’s task was a simulation exercise as part of an assessment centre. What competencies would we be looking for candidates to demonstrate?

It seemed that the qualities the candidates lived or died by in this task were commercial acumen, interpersonal skills, the ability to influence, and knowledge of the subject area. As we saw in the task, it was possible to succeed, even where the final competency was missing, by maximising use of the other elements.

In terms of commercial acumen, Gabrielle – team leader of Stirling – would score nul points (a recurring theme based on her previous performance). During a meeting with the corporate buyer, she failed to ask how much they were willing to spend on art work. She then tried unconvincingly to defend herself in the boardroom by claiming that it was a strategic decision not to ask! The sound of desperation echoed round the boardroom as the programme-makers rubbed their hands with glee.

The relationship between team Stirling and the corporate buyer went from bad to worse thanks to Stephen, who demonstrated how not to treat a VIP, and scored a floundering zero on interpersonal skills. During the art exhibition, the corporate buyers came with a blank cheque, keen to buy art work for their distillery (we later learnt that they were willing to spend up to £10,000). Stephen successfully turned them away, securing zero commission. He did this by greeting them awkwardly, not offering them a drink and not introducing them to the other team members. Worse still, knowing that they were representing a gin distillery, they did not even think to serve up a trusty G&T to their potential cash cows!

Let’s turn to influencing skills. The candidates, pushed out of their comfort zones, were required to sell to buyers who have considerable knowledge of art – not to mention deep pockets. Adam, a fruit and veg market trader, admitted to knowing absolutely nothing about art, yet he made most of the sales through some good old-fashioned wheeling and dealing. Adam engaged and listened to his customers. He asked them about their interpretation of the art work and then offered his own (slightly cringe-worthy) take – and even though he lacked the requisite knowledge, it worked! He also made the customers feel that they had a fair deal – like a car sales man who makes all of their customers feel like they have just got the deal of the century, even though they’ve just been ripped off. Laura, on the other hand, took a back seat and looked decidedly uncomfortable in front of the arty customers, resulting in poor sales.

In terms of knowledge of the subject area, Tom, project leader of Team Phoenix, was the self-appointed best. Tom tried to woo the artists by showing off his impressive knowledge of urban art. However, his lack of interpersonal skills lost him the artist he was keen to curate, to Gabrielle’s team. The artist went with team Stirling because he liked their enthusiasm (and the schmoozing). On the other hand, Gabrielle made up for her lack of commercial acumen with strong interpersonal skills. She used her arty background to connect with the artists, and showed appreciation for their work.

Disappointingly, Tom did not leverage his supposed knowledge of art to close potential deals with customers who gave strong buying signals. All he needed to do was to sell one of the high priced, horror-themed art works and he would have won the task for his team. He vacillated, and did not push himself to secure a deal.

Based on our ‘assessment centre’, Laura was the right person to be penalised as she was for the failure of the task. She flopped out due to low influencing and interpersonal skills, and area knowledge, as this led to the poor sales figures. Even when paired up with Tom, she could have learnt about art from him and used this to boost her knowledge and impress the customers.

This leads to the question: which of the competencies in our assessment centre were most important? If we were really scoring and rating candidates, could we weight the different areas? Of course, this will always depend on the role being recruited for, and analysing this role is how we might benchmark the minimum levels required in each competency, and get an idea of which aspects it is most beneficial to score highly in. So what is Lord Sugar looking for exactly? What qualities are most desirable and what areas can be flagged up as danger zones? This kind of clarity has been notably elusive since the start of the process. Unsurprisingly, without objective criteria for success, the selection process may not be a fair assessment of ability, but rather a cult of personality, with Lord Sugar himself at the centre. Who would’ve thought it?

This website uses cookies. To find out more about cookies, including how to see what cookies have been set and how to manage and delete them, set your preferences here
Accept
See how deliveries to UK and Europe may be affected by the Jubilee weekend (June 2-3).
Close