Personality and self-awareness: navigating the hall of mirrors 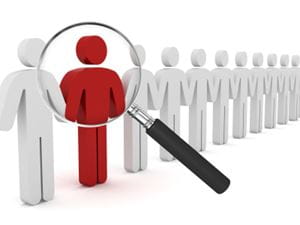 How many of us really know how we’re viewed by the myriad of people that we interact with on a daily basis? It is easy to assume that people see us in a way that matches our own self-image. However, experience (and research) shows that this isn’t always the case.

Take the example of Manager X. She sees her key strength as being open to new ideas and is always keen to suggest innovative ways of doing things. Her managerial peers think this is great, and really enjoy the creative energy that she brings. Her staff, however, struggle. They find it hard to keep up with all the different ideas, and become frustrated by the constant changes to the way they are expected to do things.

Similarly, Manager X’s boss becomes exasperated at times, wishing that she would just focus on one or two ideas at a time, and certainly not at the expense of delivery against some of her more tangible targets.

As an HR practitioner or manager, addressing a situation like this can be particularly challenging.

The use of 360-degree feedback instruments, with their focus on expressed behaviours, can prove hugely useful in revealing the complexity of the scenario. However, this only tells part of the story. By exploring, in addition, the personality of the main players we can learn a lot more about the underlying dynamics: what drives people to behave in the way they do, what interpersonal needs they have, and what leads them to interpret the same behaviours differently from others.

Recent research conducted by Ashridge Business School (and co-presented with OPP at the recent BPS DOP conference) looked at links between personality and self-awareness – as measured by the degree of congruence between observer ratings and self-ratings on a 360 degree feedback assessment. The results were fascinating.

Certain personality characteristics were shown to affect how an individual rates themselves and how observers rate them. For example, in this study, managers with a clearer MBTI preference for Extraversion rated themselves higher and received more favourable performance ratings from their line manager and peers than those with less clear Extraversion preferences, or indeed Introversion preferences. This is perhaps not surprising, given the nature of many managerial roles.

Perhaps more revealing, however, was that personality was also found to affect the degree of congruence between self-ratings and observer ratings. In other words, some types of manager were more likely to over or under-rate themselves (when compared with how they are rated by others).

Extraversion, Intuition, Thinking (all MBTI) and Expressed Control (FIRO-B) were aligned with a tendency towards over-rating, and Expressed Inclusion (FIRO-B) with under-rating.

So, what does this kind of research mean for HR practitioners?

The additional use of personality information can help practitioners understand, and be better prepared to manage, sensitive situations emerging from differences between self- and other ratings during 360 feedback. It can also explore issues in more depth - combining the external view of perceived behaviour and internal view of personality, and looking at how one may affect the accuracy of the other. Additiuonal personality information can also help to develop hypotheses which can be explored during coaching conversations aimed at improving individual and team performance.

We are all familiar with our own voices, but other people hear that voice in a different way, as we often discover when our utterances are captured on video. In the same way, the story of our daily interactions with the myriad of people who ‘know us well’ is one of complexity, not simple congruence. And even those who would consider themselves reasonably self-aware can sometimes receive a shock.