Do bad bosses get a bad rap? 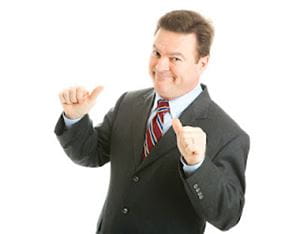 The second-rate boss: easy to mock and parody, and first in the line of fire when it comes to moaning about work. We can all dissect the dysfunctional behaviour of bosses we have known, and pull apart the reasons for their uninspiring (or sometimes actively demotivating) leadership style.

US website Inc.com supplies a useful infographic telling us that three out of four employees consider their relationship with their boss more stressful than any other part of their job, and that these ‘crummy bosses’ and ‘jerks’ cost the US economy 360 billion dollars in lost productivity every year. We want our bosses to rouse and lead us, holding us to high standards and setting a great example. So what are all these ‘crummy bosses’ doing wrong?

Despite the emotive language used by Inc.com, there is a huge difference between a truly bad, abusive boss and the many mediocre managers out there, doing their best, but missing the mark. A lot of writing on this topic tends to confuse to two – and as recent research published by the CIPD illustrates, it is these second-rate managers who are typically responsible for the more familiar, everyday disillusionment that grinds employees down. You don’t have to be a David Brent to be failing to get the best out of your team.

In any case, we worry that the temptation simply to blame these ill-defined ‘bad managers’ does very little to address the issue. Being blamed is unlikely to help managers motivate their staff and get better results. What makes them ‘bad’ in the eyes of their direct reports can be a subjective assortment of impressions that leaves them none the wiser about how to improve. This is where the recent CIPD report is particularly helpful. It identifies the positive behaviours that managers need to learn in order to get the best out of their staff.

In the perpetrator/victim set up that hold ‘bad bosses’ responsible for poor performance down the line, it’s worth remembering that the vast majority of managers in organisations are middle managers and have a manager of their own. In reality they often find themselves in some sort of squeezed middle, stuck between pressure from the top to drive performance, and expectations from the bottom to consult, coach and understand. Middle managers can find themselves with no space to think and no time to take effective action. There is a substantial body of research, including some of our own, that generally shows how stress decreases higher up the managerial hierarchy – which is often attributed to the greater levels of autonomy provided in higher level jobs.

If bosses are to be the paragons of virtue and excellence that we would all like them to be, they need support and guidance in how to achieve such excellence. This is where an understanding of personality can prove invaluable. For example, through training and development in a repertoire of management styles tailored to the different personalities and motivations of their direct reports, managers are better equipped to meet the needs of the diverse range of people in their teams. Our Managing Self and Others skills workshop offers precisely this kind of development. Teambuilding based around individual differences can also be an excellent way to build these skills. For a middle manager, the impact of a well-designed team intervention does not only help them to address their own issues around engagement and motivation with their manager and peers, but also provides them with skills that they can apply to their own team of reports.

Inc.com cites ‘accepts mediocrity’ as one of the major flaws of a ‘bad’ boss. Managers need to create the right balance between support and challenge, to ensure that they are not accepting mediocre performance, but are helping reports to reach their potential. Doing this in a way that takes account if each individual’s motivations and style will increase the impact. For example, what might feel like supportive, constructive feedback for someone with a Thinking preference could feel devastating for someone with a preference for Feeling. Managers also need to learn to recognise and manage stress in themselves, so as to avoid passing it on to their team.

So rather than attacking the ‘jerks’ at the top, it might be more useful to look at practical ways to improve performance, starting at the top, but not ending the development there. We believe that awareness of one’s own personality and how this compares with others’ is key. By understanding and developing their own authentic leadership style, managers can learn to play to their strengths and be the best they can be, whilst managing their teams to do the same.