Christmas, happiness and your MBTI type

What makes people happy at Christmas?

Whilst we can’t definitively say that certain activities cause different types to be happier at Christmas, there were some interesting links between what people did at Christmas, the meaning of Christmas, and how much they were expecting to enjoy Christmas. Read on for more!

How much do people enjoy Christmas?

On average, people rated their enjoyment of Christmas as 7.7 out of 10. As people got older they tended to enjoy Christmas less. The difference was small, but bear in mind that no children were questioned during the making of this research. I imagine that if they had been, the difference would be a lot bigger! There were no differences between men and women. 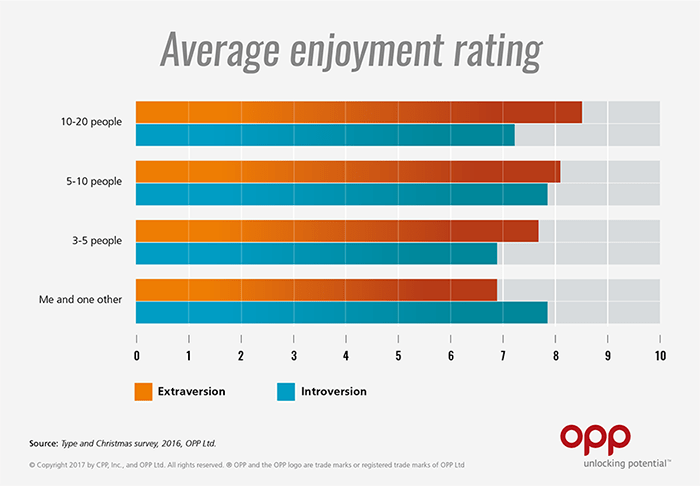 People, even those with a preference for Introversion, were generally happier if they spent Christmas with others. 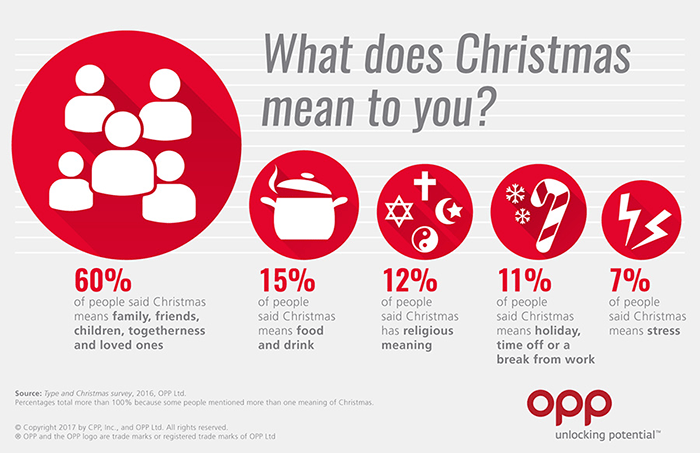 How do people like to spend their time at Christmas? 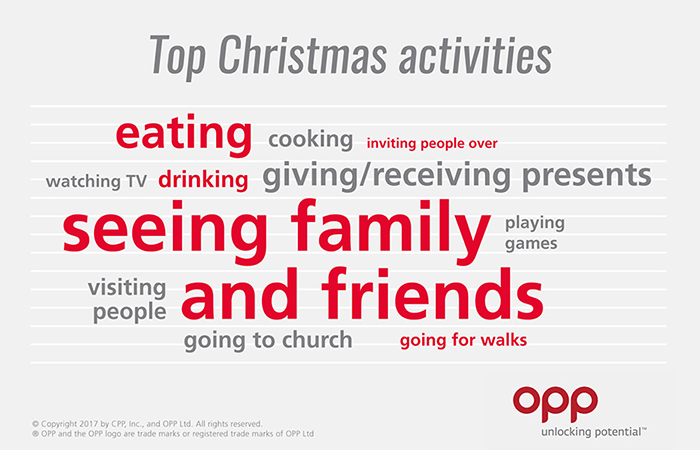 
Now of course, this is only based on people’s views of how much they expected to enjoy Christmas. We didn’t sneak into their houses on Christmas Day and measure how broad their smiles were, and we don’t know to what extent these activities could actually cause them to be happy. Still, we hope you find these ideas useful in the festive period.

Have a merry Christmas, and do let us know your own top tips for a happy and stress-free time!