Recruitment: it's on the cards 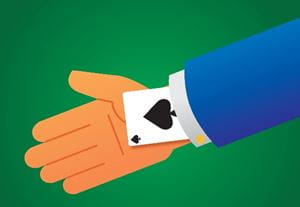 As an Occupational Psychologist, something I’ve had to grow used to is being told by managers that there’s very little I’ll be able to add to how they currently recruit people. And so it was on the cold December night several years ago when I half walked, half skated across icy pavements to meet the night shift manager who had reluctantly been scheduled to see me.

In case I hadn’t got the message after being made to wait for a considerable time with a long-since empty cup of tea, the manager spelled out his views (and I’ve dropped his many expletives): "I don’t know what you’re doing here. People like you, I’m sure, are good at recruiting graduates and other people like you; but people like me are good at recruiting people like me. And the one thing I want in my people, out there, working with heavy machinery, is technical skills. That’s it: technical skills. And I’m the one who judges that."

Honestly, I would have preferred to go home. It was 10:30 at night, I wasn’t welcome, and it would be into the small hours before I would be dreaming this encounter away.

It’s not without reason that psychologists have structures, interview techniques, and packs of cards with models of this or that printed on them. On this occasion, my props included a pack of competency cards. They detailed the behaviours necessary for success in a wide variety of jobs, such as analytical problem solving, cooperative teamworking, and coping with pressure. Laying them down on the table firstly in pairs, then one more at a time, I asked the night shift manager which competency was more important than the others.

To his credit, he dropped the bravado and played along. After a lot of discussion and well over an hour of consideration, we had a pile of rejected competency cards, but also a tidy line of eight or so cards deemed to be the vital ones for the night shift workers. In the most important place of all eight was cooperative teamwork; in the eighth position was a card about technical skills.

"I’d just like to be clear", I said, "But about an hour and a half ago, you told me that the most important thing for your staff was technical skills; but they are at the bottom of your list. Have we made a mistake in our discussions?"

"I know I said that", he admitted, and tapping his finger on the cards proudly, he continued, "But I stand by what’s on that table. Without teamwork and communication, it doesn’t matter what technical skills they’ve got. They’ve got to communicate with each other."

We now had a clear understanding of the behaviours needed to recruit for the night shift workers. I left with a feeling of mutual understanding and respect. Some of that was due to my own persistence, a lot of it down to having a useful set of colourful cards with some sensible competencies printed on them.

Identifying key competencies helps you make consistently better selection decisions. There are various tools to help the process, including the 16PF (specifically the Competency Report and Competency and Candidate Feedback Report) and Sirius.