Is your Board male, pale and stale? Update your executive recruitment! 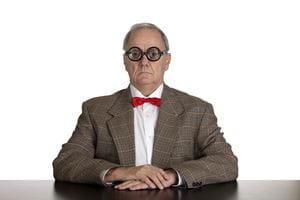 Executive recruitment can be a tricky business. Historically, organisations relied on track record; if someone had been successful in a similar, perhaps slightly more junior role, then surely he (and it mostly is a he) would be a good candidate for an executive job? Well, not necessarily. Promoting people just on track record is a great way to see the Peter Principle in action (people are promoted until they reach a level at which they are incompetent). You can probably think of some good examples of this from organisations you’ve worked in yourself.

When it comes to senior executive recruitment, there is an additional problem: a great deal of an individual’s success at this level lies in how they interact with the culture of their current organisation, which may not translate to a new role in another company. The conventional executive search process doesn’t help. Research shows that executives are targeted on the basis of their job title rather than their accomplishments. Those executives who agree to be considered for a search tend to come from less successful firms and have been in their roles for less time, compared with those who were targeted but declined to be considered. What’s more, dipping into an established pool of ‘talent’ means that recruitment to the board is still more a matter of who you know, and ‘being one of us’ (perpetuating the stereotype of executives and boards as “male, pale and stale”) than anything to do with an objective assessment of an individual’s competence.

So what can we do? As it happens, there are plenty of lessons from how recruitment works at other levels in organisations. We know that some selection methods work better than others, so that tools like structured interviews, ability tests and personality questionnaires might be expected to figure prominently in a successful executive selection procedure. Objective measures like this are being seen more often in executive selection, although for many years they were little used. This change is very much for the better; by selecting people on the basis of their competence, and not on a subjective view of their fit, organisations will gain more able people at the top.

But of course, any change has its teething troubles. There does seem to be a danger that, as the new kid on the block in executive selection, test results may be over-relied on, with other evidence from the selection process ignored or dismissed; tests may also be used as a scapegoat when a less-than-optimal candidate is selected. Something of this sort seems to have happened with the Paul Flowers debacle. Psychometric tests work best as part of a carefully thought-out selection process. What is more, organisations have a tendency only to try something new when things aren’t going well – and often when it’s too late to make a difference. As a result the new approach, whether it be the use of tests or the selection of a different sort of person, gets the blame instead of the existing problems.

The performance of the executive suite has a big impact on how an organisation performs – that’s why they earn the big salaries. The same goes for executive recruitment (as for any recruitment): know what attributes you are looking for in the first place, and then devise a balanced selection process that will assess these in as objective a way possible. Organisations that rely only on unstructured interviews and track record for executive recruitment are doing themselves no favours; psychometric tests have an important part to play as part of an objective and fair assessment process. So let’s bite the bullet: it really is time we stopped selecting CEOs on the basis of information that’s no more relevant than their height or their hair colour, and at least put ourselves in the running to select competent, inspiring top managers who can boost the big wins and bat away the balls-ups.