What do you WANT from me?! How understanding motivation can lead to more effective behaviour 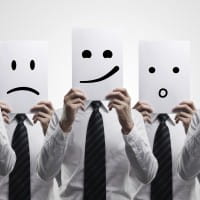 In the second of two posts, FIRO guru Pamela Valencia from CPP, Inc. (global publisher of the MBTI®, FIRO-B®, TKI and other leading assessments) brings to life what the FIRO can reveal about people with differing interpersonal needs working in teams, and how the tool helps them uncover sources of conflict.

Like most people, throughout my life I have seen relationships that work and others that don’t. When they don’t work, often it’s because people’s interpersonal needs are not being met or they are in conflict. For example, if someone has high Expressed Control and low Wanted Control and is working with someone else who has the same interpersonal need, one of them is not going to get to express Control at the level he or she wants. At the same time, one person may be expressing Control much more than the other person wants. The challenge is when people don’t understand what is motivating their behaviour or the behaviour of another person.

Why is this important? Seeking to understand that motivation can assist an individual in choosing more effective behaviour. 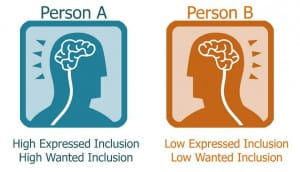 Let’s take a look at two sets of interpersonal needs on the same team. One person (A) has Inclusion scores of high Expressed and high Wanted. Another person on the team (B) has low Expressed and low Wanted Inclusion. The impression created may be that:

Why? The reason might be that those interpersonal needs want to be met on different levels. Low Expressed and low Wanted Inclusion can also mean that the individual is highly selective about who he or she wants to meet this need. Person B may only want to be included in groups in which her supervisor is involved (for example). So if one person wants that Inclusion, and the other person considers it unnecessary, it may be a challenging work environment, especially if one person takes it personally.

The same can be said for the interpersonal need for Affection. Let’s look at high Expressed and high Wanted Affection. People with these scores are probably seen as open, optimistic, friendly, and providing praise and support to others. They may also be affected by the ending of working relationships with individuals when projects end. They tend to want people to share their feelings and to provide them with encouragement. If they feel sad or lonely, they are willing to share these feelings with others. They also may enjoy coaching and developing others and trying to please. If this individual is working with or in a relationship with someone who also has high Expressed and high Wanted Affection, both people are probably getting what they want (meeting that interpersonal need).

Even people with medium Expressed and medium Wanted Affection will probably get that need met within the relationship (remember, Affection is about the one-to-one connection). In contrast, people who have low Expressed and low Wanted Affection may be perceived as being task-oriented, business-focused and private. They may forget about the human element and be perceived as cold and unapproachable, potentially limiting their effectiveness. They may not give reassurance to others because their own interpersonal needs are met without doing so. Also, they may perceive those reassurances from others as superficial and be annoyed by personal questions and emotional reactions. So the person with high Expressed and high Wanted Affection may spend time trying to overcome that person’s opinion about him or her, and may constantly try to cross the closeness boundary without much success.

Now let’s look at interaction in a group with low Expressed and low Wanted Control. There are three members on a team, all with the same

interpersonal need for Control (or Influence). Their assessment results suggest that they don’t need the responsibility of being in charge to get this interpersonal need met; nor do they want others providing structure (or telling them what to do). The group overall may appear independent and maybe even rebellious at times. Their preference will be to do things their own way, at their own pace. Thus they may put extra effort into doing their work well so that they will be perceived as autonomous and self-reliant. The challenge for this group may be coordinating their efforts or stepping up into a leadership role when appropriate.