From Monday blues to Monday rock 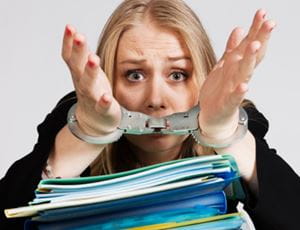 Look around you – how many people can you see truly enjoying their jobs? How many of your friends tell you about their working day with joy and excitement?

Sadly, the majority of people in the UK feel they are in the wrong job or that they are not tapping into their full potential. This perception is common among new job starters, who quickly become disillusioned with the reality of their chosen career, as well as among more senior employees who, with time and increased self-awareness, often begin to realise the misfit between their strengths or interests and the job they have chosen.

Research conducted by OPP found that nearly 60% of employees would choose a different career if they could start again. 31% of the respondents did not feel fulfilled in their current role and saw their strengths as better suited to another occupation. The OPP survey also captured a prevailing disappointment that characterises European workers, with 37% of them feeling that their career falls short of their aspirations. This figure is even higher for young people – over half of the respondents in their 20s already regret their career choice.

In this age of possibilities, with everyone encouraged to pursue their dreams, these figures may come as a surprise. For some people, the problem lies with unrealistic expectations about their chosen profession (either resulting from scarce research, a shift in the industry or an inaccurate job description). For others, it might be a lack of self-confidence or motivation, third parties’ influence or a lack of effective career guidance that stood in the way of their dreams. For many however, it is a question of knowing themselves, understanding their strengths and how to apply them most effectively in the workplace. In fact, the research indicates that four in ten people are motivated to change their career because they now have a better understanding of what makes them happy, and for 33% the key driver is a knowledge of where their strengths would be best put to use.

According to matching theories of career choice (eg John Holland’s theory), individuals have different personality traits that will be better suited to some job requirements than others, with a good fit resulting in job satisfaction. In line with this notion, person-environment fit theory suggests that people are likely to be more satisfied when their job supplies what they want or desire, or where their abilities meet the demands of the job. The lack of such a match is likely to result in strain, fatigue, decreased motivation and decreased self-efficacy.

In order to protect ourselves against stress, burnout and a dull, dissatisfying career, we can turn to personality assessment tools such as the 16PF and MBTI instruments. With greater self-awareness and the expert application of these tools, people can find, keep and develop a fulfilling job that they enjoy. Our 16PF Interpretive Report is a great way forward here, mapping your personality profile to Holland's occupational themes. You could then take it a stage further by looking at a 16PF Career Success Report, which gives suggestions for types of career that suit your personality.

In the UK, the average person spends the larger part of their day at work. With the current state of the economy and with the technological advances and corporate-culture model of 24/7 availability, we are likely to be expected to spend even longer hours working. Wouldn’t it be nice to spend all that time doing something that brings a sense of personal achievement and self-fulfilment, instead of mild episodes of depression every Monday morning? The choice is yours.