'Is it better to be an extrovert?' asks The Sunday Times 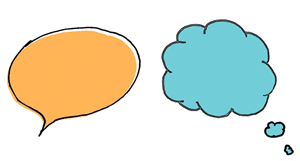 On 2 September 2012 The Sunday Times published an article by Robert Rowland Smith, ‘Is It Better To Be An Extrovert?’. The piece caught my attention and provoked some thoughts about Extraversion and Introversion that I wanted to share in a post.

Rowland Smith says “According to a well-known tool for assessing people’s psychologies, known as the Myers-Briggs Type Indicator, extroverts get their energy from people, whereas introverts need their own company to recharge.” Whilst this is true, it is also an oversimplified account of Extraversion and Introversion. The MBTI tool provides framework that has helped many people and organisations to appreciate differences within our personalities. It is used to promote self-acceptance and personal development, rather than trying to constantly compete against and change who we really are. However, it is always important to bear in mind that we should never blame our preferences for poor performance or behaviour.

The MBTI Manual (p 8) says “Each pole of the dichotomy is perceived as valuable and at times indispensible in its own area of operation ... All types are viewed as necessary in a complex world that relies on diversity and specialization to progress toward important personal and societal goals. Each type has its own special gifts and strengths, its own areas of vulnerabilities, and its own pathway for development.” I am unashamedly going to repeat myself here: each pole of the dichotomy is valuable. So why ask whether it is better to be an extravert?

I would suggest that Rowland Smith has not grasped that those with a preference for Extraversion also use the opposite pole too - that of Introversion. The MBTI tool enables us to appreciate and celebrate our differences. Given that Extraversion and Introversion are just as valuable as each other, why this focus on whether it is better to be an extravert? To quote Rowland Smith “...extroverts can be pretty superficial in their dealings with others.” That is not the way Extraversion is understood within the context of the MBTI framework. To help with this, let's refresh our knowledge and understanding of the Extraversion and Introversion preference pair.

Rowland Smith asks “So should introverts convert? The question is whether such types are fixed, or whether they can adapt.” It is generally accepted that personality develops as a result of nature and nurture. While Rowland Smith suggests that Introversion is characterised by “Prudence, patience, chastity, silence, godliness and self-denial” and Extraversion by “self-expression, being ambitious, taking risks, and networking”, within the context of the MBTI tool, this is not how Introversion and Extraversion are seen.

As a consequence, asking whether it is better to be an extravert would appear to be a rather misguided pursuit, in my view. It would be more useful to use something like the MBTI framework to better understand ourselves, and those who seem to be different to us.

Before I finish, remember that Extraversion and Introversion both play a part in all of our personalities through the mechanics of type dynamics... But that is the subject of a blog post for another day!