The OPPrentice: Did too many cooks spoil the broth or were many heads better than one? 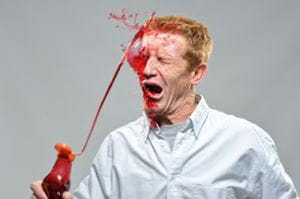 A panoramic view of London with its stunningly tall buildings is yet again the backdrop to the popular reality series, The Apprentice. The 16 candidates, whose heads can be seen bobbing up and down competitively along London’s skyline at the start of each episode, are hoping to be selected as Lord Alan Sugar’s business partner. Only one plucky candidate will rise to the top and be given this once-in-a-lifetime opportunity. Lord Sugar, a demanding investor, is not looking for a friend. In his words: ”If I wanted a friend, I’d get a dog.” Enough said. Over the 12-week selection process, he’s searching for a winning partnership where he will invest £250,000 to kick-start one of the hopefuls’ business idea.

Now, with 14 candidates remaining, the OPPrentice is here to provide a scrutinising take on the candidates’ personality, behaviours and interactions with each other. We’ll relate this to scientific research on how people behave in the workplace… and take their competitive posturing with a pinch of salt.

In this week’s episode, the two teams were tasked with making an innovative condiment, along with a brand name and packaging design that would help them sell it. We were faced with a Mediterranean sauce aimed at the mass market, versus a luxury pineapple and chilli chutney. In the end, it was the chutney that out-spiced the sauce.

The success of this task, as with most, was largely down to the competence of individual members, plus effective team work. Most organisations encourage team work, and often key decisions are made in teams. However, whilst some believe that many heads are better than one (people can build on each other’s ideas, and the diversity of skills and experience that people bring to the team can help make better decisions), there is an increasingly vociferous argument holding that too many cooks spoil the broth (problems of communication, distrust, self promotion and rivalry between group members lead to mistakes and lack of productivity). The latter was, literally, the fate the of ‘sauce’ team, and contributed to them losing the task.

In the sauce team, headed by Katie, there were two fundamental issues: errors in production and inadequate sales. During the production phase, four members were assigned to produce the sauce, with Ricky in charge. Half way through the production, to the team members’ bemusement, the sauce was spoiled and a lot of the ingredients were wasted. Ricky Martin, who was in charge of production, took his eye off the ball because he was preoccupied working on his own personal agenda. Research shows that teams perform better when team orientation is high – where people gain satisfaction and enjoyment from working together. Individual agendas for personal recognition detract from the pursuit of team success. It was clear from the start of the episode that Ricky wanted to stand out from crowd… but he stood out like an exploding ketchup bottle in a bridal shop. However, with typical delusional bravado, when things went wrong, he blamed everyone else: “The good things that happened were thanks to me, and the bad things were the guys.”

Following the errors in production, the sauce team had to sell as much of the product as possible to stand a chance of winning. They had an inspiring (if misspelled) product name and a thought-through pricing strategy. But the bottom line was that they did not sell enough products to ‘ketch up’ on the losses they made.

Michael, who was ultimately fired, was the other weak link in this task. Michael is a great example of the evocatively named social loafing, which is where people make less effort when working in a group than if they were to work by themselves. They rely on others to mask their inabilities and tend to go along for the ride, only pretending to be involved. From the start, Michael did not contribute ideas about product branding, allowing Katie and Stephen to do all the work. Even when he was specifically tasked to lead the sub team to sell, he showed poor negotiation skills, despite having a willing buyer. This shows that the importance of team competence must not be overlooked. Quite simply, high performing teams must have the necessary knowledge, skills and capabilities to successfully deliver.

Katie, on the other hand, shined in this week’s task. In previous tasks she has been quiet and let others take over. This was not so much to do with social loafing but rather her introverted nature, which meant that in previous tasks, she withdrew when others in the group shouted louder. This week, Katie showed that she may not be the loudest but is a competent contender, who needs time to reflect and think before speaking and taking action. She demonstrated good leadership skills by delegating tasks, managing the boys; she was on the ball with the pricing and made good sales. She also recognised Michael’s lack of contribution and gave him a role managing a sub team. This is actually a great way to minimise social loafing, by giving people specific roles in a team, and Katie demonstrated good insight by doing this. Nonetheless, Michael clearly did not have the competence to deliver, and Lord Sugar did him a favour by letting him go.

In contrast, over in the chutney team, strong leadership was combined with healthy teamworking, which allowed people to play to their strengths. Although Duane started the task by ignoring the concerns of his colleague Jane, a restaurateur, during production he came to recognise what an important asset she was. It was Jane who had the good sense to taste the chutney, and who realised it was far too spicy for public consumption. Duane, trying to be macho, confirmed this by retching uncontrollably in a corner, but overall it was a good example of good teamwork as they pulled together to transform the chutney from tasting like a Chinese sauce gone wrong to something you’d quite happily put in your prospective mother-in-law’s festive hamper.

What can we conclude from this week’s episode of The Apprentice in relation to team work? Effective team work is determined by a number of factors, including good leadership, competent team members, creativity, and utilising the skills and expertise of all team members. But it’s no use having these ingredients if all team members are not prepared to sign up to the shared purpose. It’s like trying to bake a cake without the flour – it’s doomed from the start.