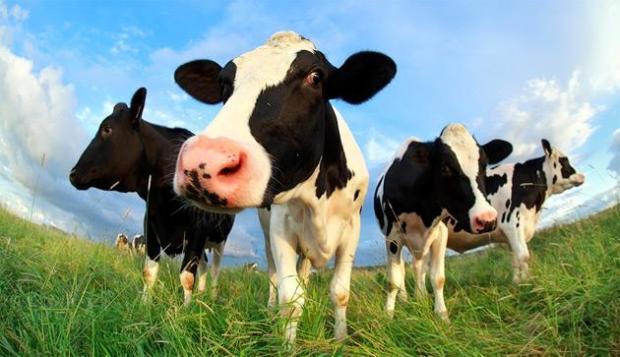 FrieslandCampina is a matrix organisation, with hierarchical lines (in business groups) as well as functional lines. The resulting structure means that employees are often part of more than one team.
For many years, the company has invested heavily in leadership development for senior and upcoming managers. Keen to identify and nurture in-house talent from an early stage, it has made an explicit choice to fill three out of every four vacancies in-house. Willem van der Lee joined the business in 2013 as Director, Global Talent and Leadership Development, with responsibility for the effective performance of hundreds of leaders and teams worldwide. “We want to grow our own leaders. In-house leaders create the next generation and lead to greater business continuity.”
Following an internal restructure in 2014, many new teams were created. Van der Lee was tasked with finding an accessible and inexpensive instrument that could be rolled out globally to support team development and enhance performance. At the time, over 25 different tools were in use across the organisation. Van der Lee was keen to embrace and implement a common language business-wide to encourage collaboration, continuous learning and effective teamwork.

The first phase of van der Lee’s project was to collect data. He gathered feedback from stakeholders around the organisation to understand their definition of an effective team and the diagnostics to be able to measure effectiveness. It was universally agreed that an understanding of fellow team members was vital to the success of any team.
Having assessed the feedback, van der Lee decided that the MBTI framework was the logical choice – not only was it was well-suited to the company’s needs, it was also already being used extensively and could be seen to have a real impact in enhancing self-awareness and contributing to team development. It was also the most cost-effective option.
Van der Lee has positioned the MBTI assessment at FrieslandCampina as the tool to better understand oneself and others, which can prevent a lot of mutual annoyances. “I have always regarded MBTI as a versatile instrument with a fairly basic and accessible core. We have looked at the tools we were already using in our entire international company and their practicability. I have taken into account the cost involved of using each of the tools. It turned out that MBTI was already the most used tool in our company.”
Van der Lee admits that his own extensive knowledge of the MBTI framework also played a part in his decision making. He first experienced the assessment in 1993 and became an accredited MBTI practitioner in 2003: “A lot of tools are similar, but in my view MBTI is the mother of many instruments. Others have evolved out of MBTI – they are clearly MBTI based – and they are often quite attractive and well-made, but don’t necessarily do or achieve something different.”
He continues, “I think the distinguishing factor of the MBTI is that it is straightforward enough to be used quickly, but complicated enough to avoid stigmatising. It is not too easy, nor is it too difficult.”
Once the decision had been made to focus on the MBTI tool, Van der Lee talked to The Myers-Briggs Company: “They shared their thoughts on how I could achieve my goals with limited resource. It felt like a kind of partnership, in part because I was free to express my MBTI pet subjects.”

In March 2015, the MBTI assessment became FrieslandCampina’s team development tool of choice and was integrated into the company’s leadership development programmes. Crucially, the target for 75% of management positions to be filled with internal candidates has been met, supported by the enhanced self-awareness that enables individuals and teams to work at their best. The instrument is also at times applied to specific areas such as coaching and conflict. Up to two hundred teams are now working with the MBTI framework, including Executive Board members, and there is a great enthusiasm for the tool. Even van der Lee was taken aback by the enormous demand for the MBTI assessment, which he estimates to be three times greater than they had anticipated.

Additionally, FrieslandCampina have found benefit in the MBTI tool’s ability to champion diversity. Its approach highlights personal differences in a positive light rather than pointing out weaknesses. The company believes that diversity is fundamental to its culture and achievements. They are also convinced that the success of their business is due to the interaction, attitude and effectiveness of its teams, all tied together by the common language of the MBTI framework.

Van der Lee emphasises that MBTI is also an important diversity tool. ‘MBTI identifies different Types, and FrieslandCampina explicitly states that diversity is a good thing, providing that you strive to reap the benefits of diversity. We contend that there is no perfect profile, and that the very diversity of profiles is fundamental in our company. I don’t know if it is scientifically grounded, but I am convinced that the best things are achieved with a diversity of people.’ Perhaps, here Van der Lee expresses his deepest conviction: ‘Leadership is what happens between people.’ That is why FrieslandCampina is more devoted to team attitude and effectiveness than to individual development. ‘If we are successful with our strategy it is not because our CEO is a hero, but because of the interaction between all people who work here, that is the deciding factor!’

I think the distinguishing feature of the MBTI is that it is straightforward enough to be used quickly but complicated enough to avoid stigmatizing. It is not too easy, nor is it too difficult.

How to lead the market for sustainable beauty products