While there is value in working with the MBTI framework at the level of the individual preferences (E–I, S–N, etc) and combinations of preferences (ST, SF, NF, NT), the real power comes from exploring the dynamic interaction between all of the parts of a client’s Type. The hierarchy of the functions (S, N, T and F), and whether they are introverted or extraverted, reveals how accessible and how developed each is likely to be.

But it can feel difficult to talk about Type Dynamics without becoming too technical. That’s where the eight Core Characters come in...

Each Type has a cast of characters with our favourite Core Character (dominant function) taking the lead. This is the part that gets most attention and is the root of a person’s intrinsic motivations, and in a well-developed Type is supported by three other Core Characters.

Core Characters capture the essence of Type Dynamics, with each function and its orientation (introverted or extraverted) represented by a descriptive name, an image and supported by clear colour-coding. 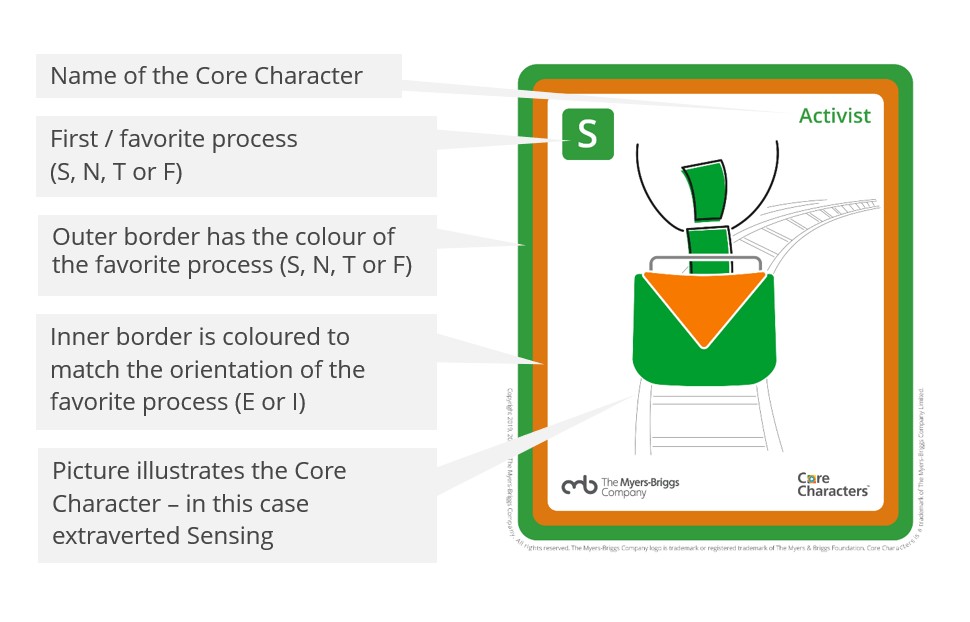 For example, the Activist represents Extraverted Sensing with a figure speeding on a roller coaster: living in the moment, reflecting a practical resourcefulness and action orientation for these Types. The Activist is the favourite Core Character for ESTPs and ESFPs, and the second Core Character for ISTPs and ISFPs.

Our consultants have tested these new images with people learning about MBTI Type for the first time, and have received great feedback:

“Type Dynamics can be a difficult concept to get across, but I’ve found that using the Core Characters really speaks to people in a way that words and jargon can’t.”

Core Character Cards (which are included on the Type Dynamics in Action workshop, or can be purchased separately) will help you to reveal the favourite Core Character of each Type, together with its supporting cast (second, third and fourth functions).

Download these PowerPoint slides to use the Core Character images in your own MBTI work. As this resource is restricted to qualified MBTI practitioners, you will need to sign in or register for an account to gain access.

A two-day workshop that delivers a deeper understanding of how the MBTI preferences work together, and how to effectively apply these insights in development interventions. 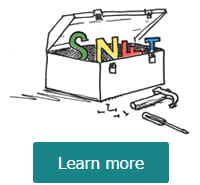