Who earns more - Conservatives or Lefties? 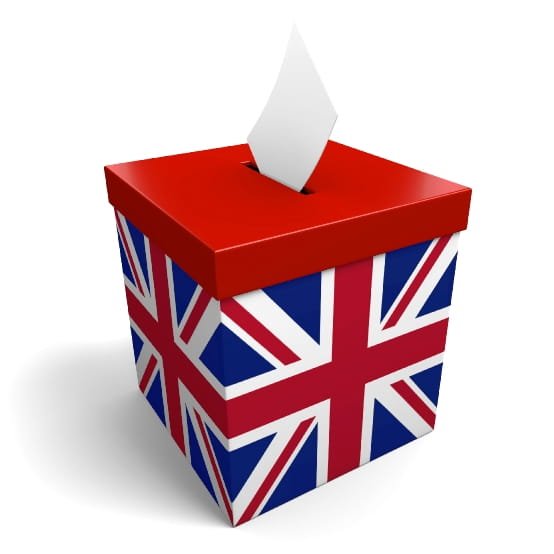 With the UK general election yet closer, I thought I’d revisit the same data I’d reviewed recently for our blog about personality and politics.

I found myself mulling over a couple of common attitudes:

Underlying this appears to be the assumption that left wingers don’t earn as much as Conservatives. It doesn’t matter which camp you’re in: the attitudes seem to make most sense if you believe that Conservatives are richer.

Our data came from 1,212 working age adults. They were sampled to be representative of the UK and Ireland working population as a whole, with a spread of employment, education, gender and types of employer. As such our group is a little subset representing most employed people. To give a decent number of lefties, I grouped people describing themselves as “Left” and “Socialist” together (as these groups are very similar in many ways).

What did we find about left/right voting preference and income?

We saw that income appears to be distributed equally between left-wingers and right wingers. Below is a table of the actual number of individuals of each preference in each income bracket; this is contrasted with how many we would expect if wealth was equally distributed between the political groups.

The graph below shows the same figures as percentages, as this may resonate more for you. 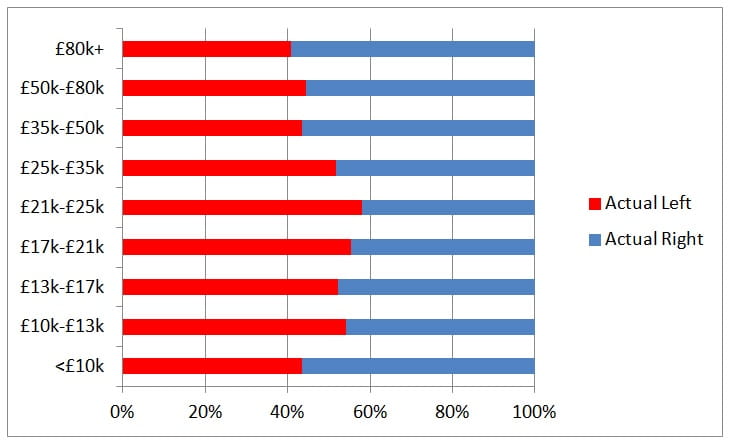 What you can see is that there are just as many rich Tory voters as rich left wing voters. The same holds for low earners people in each camp. The minor variations in the numbers in some categories are not worth getting excited about – they are only small (a chi square analysis did not show a statistically significant difference between the two groups).

Both attitudes seem more like pervasive myths, trotted out to marginalise opponents and emphasise their otherness.

It appears that to understand voting preferences, the values and personality of voters will have a more useful role to play than outdated ideas about wealth.