What can the science of personality tell you about love? 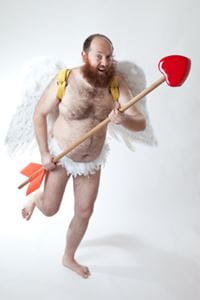 Valentine’s Day is drawing near, and once again singles and couples alike will be showered from all angles with “top tips”, “expert advice” and “secret guides” to a happy relationship. Whether it’s a simple alteration in your daily routine or a complete overhaul to your life, all of the advice out there is apparently fundamental to achieving a satisfied relationship with that special someone. Some will try ignoring it, some will sneer at it and others will try whole heartedly to follow through on each and every line of guidance they receive. On the whole, however, most will still agree that this bombardment of advice and guidance only leaves people feeling more utterly confused and perplexed than they were to begin with. With all of this in mind, we set out to conduct some research that would provide people with some actual evidence on what factors contribute to a satisfied relationship.

We investigated how personality, the similarity of the two people in a couple and relationship satisfaction all relate to one another. Over 900 UK and Irish and over 9,000 US people in relationships filled in our 16PF personality questionnaire and rated how satisfied they were with their relationships.

The results were really interesting. Firstly, we found a small but significant relationship between relationship satisfaction and personality similarities between partners. After having a closer look at the data though, other, stronger tendencies became clear. In order of importance, these are the things from our study that are most likely to make you happy in a relationship:

In more detail (with correlation and probability values in brackets for the statistically minded):

1) Your own personality and your satisfaction

Although emotional stability seems to be the trait with the biggest role to play in our relationship satisfaction, our study found evidence for other traits that are likely to increase our satisfaction. We found that people who are extraverts have greater relationship satisfaction (r=.113, p=.000). This suggests that if you are a person who is warm in nature and more socially outgoing, you are slightly more likely to be happy with your relationship than those who are not. Similar results were also found for people with more self-control, indicating that if you are someone who is more organised, persevering and self-disciplined, you are a little more likely to be more satisfied in a relationship than those who are disorganised, pay less attention to rules and regulations and who are quite spontaneous in their lives (r=.123. p=.000).

2) Your partner’s personality and your satisfaction

Have you ever wondered if your partner is the main source of satisfaction or dissatisfaction in the relationship? What is interesting is that we actually found that a person’s own personality appeared to have a greater link to their own satisfaction than their partner’s personality.

Tellingly, our study found the age-old saying “opposites attract” to be somewhat untrue. We found that individuals who are more similar in personality to their partner experience greater relationship satisfaction (r=.191, p=.000). This was found across all types of couples, regardless of how long the couple had been together. We also found out that if one of the couple is satisfied with the relationship, it’s likely that the other will be too (r=.660, p=.000). These results suggest that being similar to your partner can lead to greater relationship satisfaction for you both.

What can you do with this information?

If you’re not happy in a relationship, you might benefit from thinking about whether or not you are feeling happy in general, rather than necessarily blaming your partner; then, if appropriate, you might take steps to address your own emotions. Maybe worrywarting about Valentine’s Day in itself doesn’t help with the levels of anxiety you’re feeling?!

If you are in a happy relationship, do these findings resonate with you? Do you have low levels of anxiety and/or are you similar to your partner?

If you’re not currently in a relationship, it seems that good advice is to look out for someone like you, and ideally someone communicative, reliable and stable. If that sounds boring, you can try people with other personality traits, but don’t expect it to be a bed of roses. You have been warned!