The OPPrentice: what a load of old meatballs 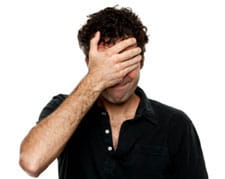 In this week’s task, candidates were instructed to cook up high-quality, gourmet street food to sell to customers in Edinburgh. The Sterling team made a traditional Scottish beef casserole, using high-quality ingredients. In contrast, Phoenix churned out a vat of tiny dry meatballs at a low cost and tried to flog them at an inflated price. Team Stirling won the task by a small margin.

Phoenix were felled by their lack of attention to the ‘four Ps’ of good marketing: product, price, place and promotion. Project manager Adam firstly failed to realise the importance of a good product, in terms of its appropriateness to the market as well as its inherent quality and brand.

Following Katie’s recommendation, the team decided to sell Italian food to tourists visiting Scotland. Tourists generally buy food that is traditional to the place they’re visiting, but the team used a brainstorming process that was decidedly lacking: considering ideas until they found one that was just good enough. This approach has been termed by psychologists as satisfying, and is contrasted with maximising, where a thorough search is conducted for the best possible solution. A risk with the former decision-making process is that the idea is not always the best one and a good idea can easily be missed (although Azhar’s lacklustre “chicken wraps?” contribution was probably not one of them).

Ignoring the brief for top-quality ingredients, Adam also at one point seriously suggested stuffing the meatballs with corned beef (probably speared with dusty spines of dried rosemary) before serving them up to the unsuspecting foodies of Edinburgh. “It’s about profit, not taste”, he declared, failing to realise the link between the two. He bowed to the pressure of groupthink in branding the product, too concerned with getting the personal approval of his team and missing a fantastic opportunity to use the name of a leading local chef as part of the product brand. In all of the team’s decisions, a consideration of what the customers might want was almost completely absent.

Instead, Adam’s one and only project strategy was to drive down the cost price and ramp up the selling price. Whilst this strategy, when balanced with the other three ‘Ps’, might have been a good way of maximising profit, Adam was indecisive about the price and repeatedly changed it throughout the day in line with his confidence levels – although ignoring Katie’s suggestion to hike it up to £8 was one of his better moves. He lowered the price to boost sales; when sales consequently went up, he increased the price and lost the sales. The pricing proposition simply became another weak link in the ‘four Ps’ chain.

The lack of attention to place and promotion only served to compound the impending meatball disaster. As Adam and Tom desperately tried to get chip-scoffing, wallet-watching football fans to buy into an expensive gourmet brand, Katie et al ran around like headless chickens dressed as a pizza and who knows what else, shouting at tourists trapped on an open-top bus, unable to escape their hard-sell promotion tactics.

In the Boardroom, the finger-pointing turned to Katie, whose involvement in every stage of the flawed decision-making process was rather glaring, and resulted in her being fired. However, a good leader will listen to the different voices in their team, but then sift through the different bits of info to find the best way forward, rather than blindly following their recommendations. We could argue that Adam doesn’t have this sense of strong strategic direction, or the skill to distinguish a good suggestion from a bad one – and his lousy attempts to convince Lord Sugar that he is the best candidate, just by saying “I am the best candidate”, were all bluster, with nothing to substantiate this claim or articulate why this might be the case.

Nonetheless, the result of this week’s show makes us wonder whether Lord Sugar is looking for a good leader, or whether he hopes for a more collaborative business partner who he feels he would get on with (a very subjective process). Could the decision not to fire Adam have been down to his similarities with Lord Sugar himself – a market stall trader from modest roots working hard to make something of himself? And could Azhar, silent but shrewd, be another version of Tom from the 2011 series? Could Lord Sugar be exercising unconscious bias in his firing decisions, recruiting in his own image or that of someone he knows already?