Following the successful delivery of several other development solutions by The Myers-Briggs Company, Macmillan Cancer Support approached our consultants to design and deliver a team development programme for their East of England Patch team. The team was responsible for managing all service developments, working with a wide range of stakeholders and managing associated grants and contracts across the East of England.

The team was going to be affected by significant organisational change within twelve months, which would require new team structures, new systems and new ways of working.

The team leader, Rukshana Kapasi – an MBTI® practitioner herself who wanted to participate with her team – recognised the power and impact that the MBTI framework could bring to the period of transition. Most team members were already familiar with their best-fit Type and so the proposed development programme could expand upon this knowledge. Rukshana was very keen that the team be involved in the scoping of their own development, and this element was built into session one.

The programme aims were to:

The Myers-Briggs Company developed a four-session programme. By the end of the first two sessions the team had embedded MBTI principles, completed the Step II questionnaire, received group feedback and identified their team Type – ENTJ – and their strengths and blindspots. 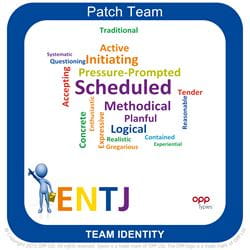 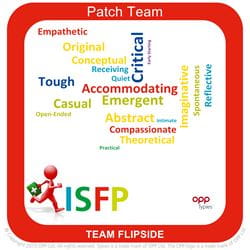 This session used the MBTI instrument, Z-model and Edward de Bono’s Six Thinking Hats framework to practise addressing the organisational challenges and changes that were soon to become a reality.

One such change the team would be dealing with was new geographic structures. A realistic task, using Macmillan data and resources, was devised to help them work out exactly how they want to work together in the future. Insights from this included the clarity they would need in order to communicate changes to external stakeholders. This helped them to develop questions they would need to answer internally.

Organisational changes often bring uncertainty, and as a result, some team members wanted to focus on their well-being. To address this, we introduced mindfulness exercises to provide space for individual reflection and connection. They were very well received, and several team members wanted to continue with them after the team session. This tied in nicely with the final session in the programme, which focused on resilience.

Individual team members explored their likely stress reactions – based on their MBTI Types – and devised strategies to manage stress and build resilience. To help at a team level, the session looked at how a collective, challenging experience can really unite a team and bring it together. The team was given a case-study brief that required them to challenge and influence one another in a realistic working situation.  By being able to try out new behaviours, they found that they built their trust and reliance on one another.

The programme concluded with team members giving each other feedback, and reflecting on how the training will improve the team’s development.

Following up on team performance after the event, Rukshana reported, “I now see the team using MBTI language in everyday conversation. We are much more aware of each others’ styles and have noticed a very positive, mature attitude to the change process across the team. I personally am using my knowledge of individuals’ preferences when talking to the team about the changes we are going through, and being able to tap into others’ ways of thinking has helped to make a difficult process easier.”
During the event one team member said, “I have a much better insight into MBTI preferences than has been achieved in many years of my career and repetitions of the assessment,” while another team member added, “It has massively helped me to build relationships within the team.”
In a follow-up after the event, one team member  reported: “I am incorporating mindfulness – or least, more ‘mindful moments’ – in the day to help in establishing some calm and considering how others will also be experiencing and managing stress in different ways.” Another said that “My decision-making is clearer and more considered now. I am applying the 6-hat thinking method and other decision-making techniques.”
Organisational changes have been implemented and the East of England Patch team are now part of a larger South East geographical team. The Myers-Briggs Company will work with the expanded team to continue their MBTI Development Journey.

I now see the team using MBTI language in everyday conversation. We are much more aware of each others’ styles and have noticed a very positive, mature attitude to the change process across the team.

Going global: the role of virtual technology in MBTI® training 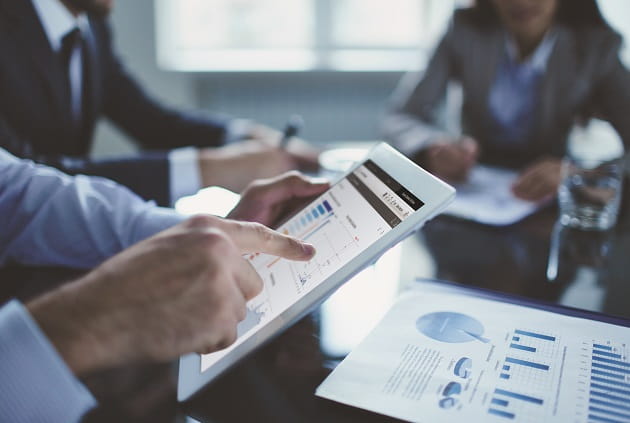