Physically, Edith Bosch could have continued as a professional athlete until 2016. Mentally, however, she was ready for a change much earlier. By 2009, aged 29, she no longer knew what she wanted – not as an athlete, not as a manager at Dutch railway company NS, nor in her private life. Her soul-searching led to tough decisions. A year later she resigned from NS and ended her relationship with her partner.

Edith was slowly coming to accept that she was not perfect – something she had always strived to be. “In 2008 I had two Olympic medals, I was world champion and several times European champion, and it was still not good enough”, she says. “I always expected too much of myself, and of others too, which means you’ll always be disappointed.”

She had been living behind a ‘mask’ in order to excel in her sports career; but it had come at a high price. In spite of reaching the top of her game, she was unable to find contentment. Martijn Smit, Edith’s life coach, explains that in order to succeed at the top level in judo Edith had adopted ESTJ preferences as a survival strategy.

In 2013 Edith made the decision to bring her judo career to an end, and began to think of where to go next in her professional life.

Edith was already familiar with Jungian type concepts when she retired from her chosen sport; but it was former top hockey player Floris Evers who drew her attention to the MBTI assessment. The idea of making a transition to coaching had been growing in Edith’s mind, and the MBTI framework seemed the perfect tool to carry the plan forward, to help others in their personal development.

Gaining an MBTI Step I qualification with The Myers-Briggs Company in 2014, she began her new career as a coach.

It was during the feedback session that formed part of her MBTI qualification that Edith realised she had ENFP preferences – preferences almost diametrically opposite to the personality type she had embraced as a judoka. Although she recognised this straight away, she still calls the discovery a revelation. Looking back on her judo years through the MBTI lens, she had behaved as an ESTJ due to pressures from the environment she was working in and from her own perfectionist drive for ever-greater success. She feels much more comfortable now with a best-fit type of ENFP.

Edith says she feels like someone who, after many years, decides to come out of the closet. “When I found out, I felt really liberated”, she says. “I had hidden my feelings for 30 years. The MBTI helps you get to know yourself and gives insight into what you feel and what feels natural. Personally I couldn’t suppress my feelings any longer."

The impact of this ‘coming out’ is that Bosch received more compliments for this personal victory than all the titles and Olympic medals she had won during her sports career.

Edith has now used the MBTI assessment with teams and individuals alike, and sees more and more space for coaching and personal development based on a growing interest in developing ‘soft skills’.

“There is a desire to be more human and vulnerable in professional settings”, she says. “The MBTI creates great openings for this. By examining preferences it maps the options out. It is a conversation starter for both extraverted and introverted types. People consciously think about where they feel most comfortable and natural, at point A or point B.

Edith acknowledges the MBTI framework as both a practical conversation opener and a means of going ‘deep’ with clients. Her preferred approach is to go deep. The tool gives people a language to share their experience of MBTI-derived revelations.

“The MBTI is not just a tool to test something quickly, but a starting point to really probe and investigate whether your behaviour is inherent or learned”, she says.“It helps you get to know yourself, giving insight into what feels natural to you. You can always choose to live in another way, but you know on a fundamental level what your natural preferences are.” 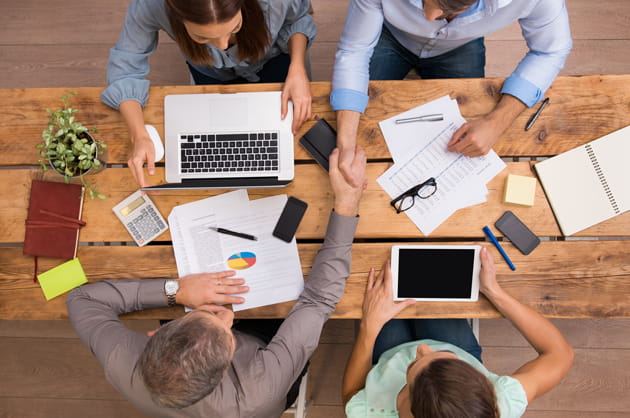