The BBC Bike Test – heading in the wrong direction 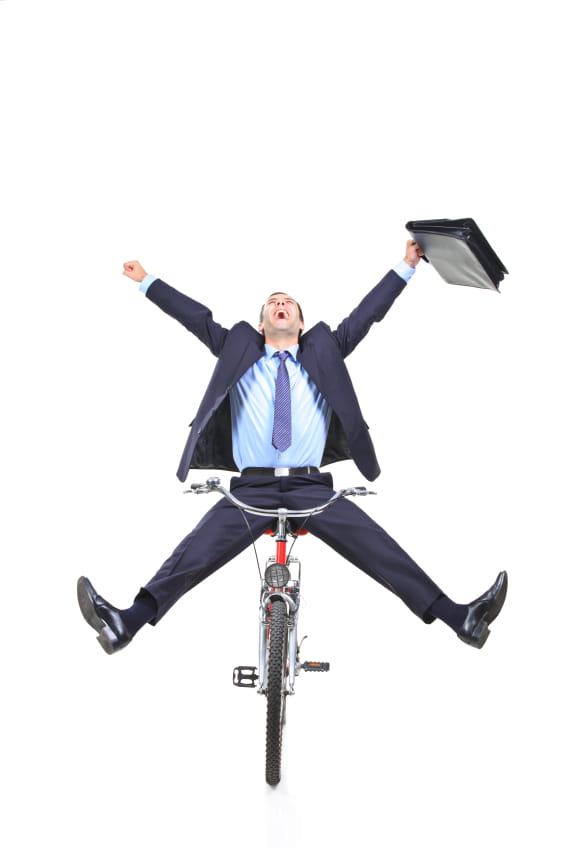 We all enjoy fanciful nonsense from time to time. Perhaps as a child you held a buttercup under a friend’s chin and declared that they liked butter. Some of these myths we grow out of, others we come to cherish; many of these are the foundations of pseudoscience.

Unfortunately, the BBC’s journalists don’t seem immune. In my humble opinion, the latest offering from the BBC's Business section is the equivalent of holding a cow under your friend’s chin to see if they like milk.

Lucy Kellaway (journalist) cycles to work and as she does so, ponders the personality of other cyclists. She notices a few patterns in their behaviour. Then in the spirit of any Cosmo questionnaire writer, or graphologist, she goes well beyond what she’s actually observed and then... makes stuff up.

Cycling, she proposes, could be a more effective measure of work performance than psychometric tests. “Managers should look at how their prospective employees cycle,” her article pronounces. She observes that one cyclist had “his right trouser leg rolled up to reveal a meaty calf. Such resourcefulness in the absence of a clip impressed me - I'd hire him as a problem solver.”

These interpretations naturally raise a question: are they really relevant to job performance? Has Lucy followed the ‘meaty calf’ to his office to see if he’s resourceful, or just a blundering numpty who forgets most of his work tasks as well as his cycle-clips?

There are a number of criteria you ought to consider before flippantly declaring a test suitable for high-stakes decisions such as selection:

Just as the slant of your writing, the patterns of your iris, or the alignment of the planets don’t tell you anything meaningful about your personality, your behaviour on a bicycle is unlikely to inform what you are like in the office. Just as Currys staff thought they’d invented the ultimate dancing test, and a student union bar in Bournemouth thought it was okay to ask potential staff about their sex lives, it’s easy to make stuff up, but harder to devise a real test that tells you something useful. Unsurprisingly, the closer the test is to actual work performance (eg a work sample test), the more accurately it predicts work performance.

“Oh she’s just having a little joke. Lighten up”, you might say. Well, again, in my humble opinion, jokes are at their best if they sharply articulate a point, or if they are funny. This article is as illuminating as using a buttercup as a bicycle light, and as funny as finding mid-journey that your missing cycle-clips are in your cycling shorts.