The OPPrentice: the only way is tan 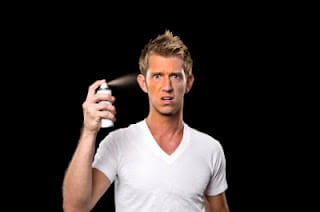 In this week’s Apprentice, the candidates were told to ‘smell what sells’ (which also sometimes meant they had to sell what smells). Both teams were given a budget of £150 to buy wholesale products and sell to Essex customers. The main point of this task was to work out what sold well, and to reinvest the profits in those goods in order to sell more.

The two team leaders adopted different approaches to achieve the task. Nick, leader of Stirling, focused on two product areas: beauty and household items. At the wholesaler’s, his team spent time selecting products that would appeal to Essex customers. They reaped healthy profit margins, particularly on their best selling item – “ghastly fake tan”, which the Essex crowd devoured. Didn’t they even manage to sell a razor to a man who thought he had a beard, but actually didn’t?!

Nick, despite making a couple of decision making errors, deservingly led his team to victory. As an effective leader should, he had a strategy, listened to his team members and utilised the different strengths within the team. That said, he could have better used Stephen and Ricky’s strengths in selling (ie more humiliating double-act skits would have been welcome). Instead, he sent them away twice to replenish the stock.

On the other hand, Jade, leader of Phoenix, bought a stock of bizarrely diverse items, from bugs to bottles (although there wasn’t a vajazzling kit in sight), with the view of “let’s see what sells”. However, she missed the point of the task and her own barely articulated strategy, failing to listen to the advice of her team on what was actually selling. Her laissez-faire leadership style meant that her team had no direction, which left the team members feeling frustrated. Even when she was specifically asked to make a decision, she just said "you make the decision!”

In organisations, especially during periods of uncertainty, followers need a direction. Jade’s scattergun approach to the task meant that she drove her team along a lightless road without a sense of direction. She was clearly out of her depth and failed to seek help, causing considerable insecurity amongst team members – particularly Azhar. He was hell bent on asking for a strategy, and constantly badgered Jade on this point. Azhar was right to recognise that there was no strategy, and that the team was lost without it. Jade ignored Azhar’s pleas and brought him into the firing line for his persistence and seemingly negative attitude.

Was this a case of unfair treatment towards him by Jade and others, or did Azhar’s behaviour rub people up the wrong way? His colleagues rarely listened to him or gave him credit (other than Tom), and saw him as an annoying background noise. Azhar did not help himself either; he has demonstrated relatively minimal contribution across the tasks. He does as he is told, even if it means ‘dancing’ to cheesy music in tiny red shorts. He showed little emotion, even when he led his team to victory as team leader in a previous episode. However, when he did speak, he made valuable points.

Susan Cain, a self proclaimed introvert and author, asserts that people with a preference for introversion tend to be overlooked, and that organisations lose out by not heeding their valuable contribution. Typically, introverts get their energy from within, rather than from people and external stimuli. They prefer quiet space to think things through, and although they give the impression that they are not interested in group discussions, they are reflecting on what others say.

Cain goes further, suggesting that most organisations are geared towards extravert preferences, which offer introverts little space to think and tap into their creative side. My view is that introverts do make a valuable contribution and should not be ignored; however, introverts need to do more to get noticed and to be taken seriously by others, just as extraverts need to flex and pause to reflect at times. Gaining this personal psychological balance enables a healthier and more effective way of working together in teams.

So, Azhar could have spoken up about strategy at the start rather than later on in this task. He did not have to bang on about strategy, repeating the same question but not building any bridges, which made him come across as negative and accusatory. When he did offer solutions – near the end of the day – it was too late, and by then he had lost credibility.

As predicted in a previous blog, Azhar’s firing was inevitable. His lack of involvement or impression management, coupled with others’ perception of him as an easy scapegoat, contributed to his downfall. As project manager, Jade made strategic errors, so it will be interesting to watch whether she learns from her mistakes, or whether she will be the next to succumb to Lord Sugar’s self-important threat to “terminate the existence” of anyone who stands in the way of world domination doesn’t realise their potential.

One last word: “What I’m smelling right now is bugs.”