“Pah! The youth of today!” ...More similar to you than you might think?! 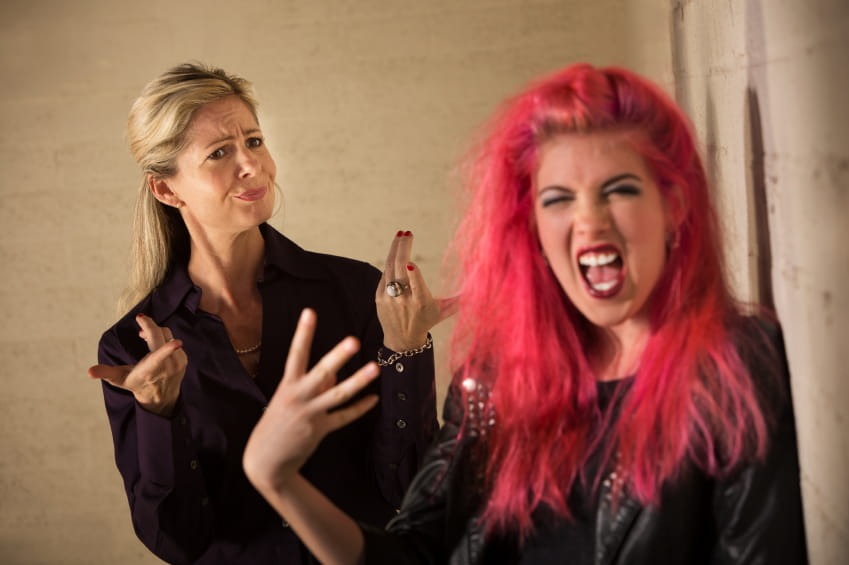 Things aren’t what they used to be. Everyone is less friendly and less polite, and as for the behaviour of young people – well don’t get me started. Generation Y? Generation why bother! That’s what we hear in the newspapers and from social commentators generally. This is of course nothing new; nearly 3,000 years ago, Hesiod was complaining that “When I was young, we were taught to be discreet and respectful of elders, but the present youth are exceedingly disrespectful and impatient of restraint”. By the time the Millennial generation starts work, one might think that civilisation would have degenerated entirely (although of course some would say that this has indeed happened). Here at OPP, we thought that we could dip into our databanks to see if we could shed any light on this perennial problem.

Back in 1995, the 16PF personality questionnaire was administered to a large representative sample of the UK working age population (1,322 people). Nearly a generation later, in 2011, we administered the questionnaire to another 1,212 people, again a representative sample of the working age population. The 16PF instrument measures 16 traits of our personality that can drive and predict our behaviour, so if there had been a big change in our ‘national personality’, we would expect to see this in the results.

In fact, all the differences between the groups were very small. The data did suggest that as a nation we may be slightly less emotionally stable, a little less trusting and a shade more group-oriented than we were a generation ago, but the changes were small enough not to be relevant to individual people’s profiles. This is reassuring for 16PF users, and indeed test publishers like OPP, as it means that our norms have greater longevity than some might believe, and there is no need to continually update our national norms for the questionnaire. Comparing these results with the complaints one often hears about modern society, there is no evidence that we are as a whole less conscientious, less private, more careless, less dutiful, more unthinking or more selfish that we used to be. We’ve summarised this research here.

So what’s going on? Why do we still insist there is this generational gap, and feel as if society is crumbling round our very ears? Well, although we haven’t changed as a nation, people – and that includes you and me – do change as individuals. In both 1995 and 2011, we looked at the personality results for different age groups. In both years, we found the same things: compared with younger people, older people were on average significantly more willing to follow externally imposed rules and regulations; more emotionally stable and relaxed; more orientated to behave in an organised and consistent way; and more likely to want to work and make decisions alone, rather than as part of a group. They were less impulsive, less open to change than their younger counterparts, and more focused on detail and the present moment, rather than on the big picture and on the future.

So society hasn’t changed so much – we have. All of us, as we get older, will tend to become a little different from our younger selves. This change may not be huge, and we can even predict the way in which it will take place. MBTI practitioners, for example, will be aware of how we will launch ourselves into adult life using our dominant and auxiliary functions, with the less preferred functions being explored from midlife onwards. But we do change and mature, so that when we look at today’s youth, it is to some extent our younger selves that we are looking at; so that when the doomsayers and jeremiads complain of the downfall of society, this may be to a great extent about how they themselves have changed as they have aged. Of course, the values and mores of society will change across the generations – but the underlying structure of human personality does seem to be remarkably constant.

On a personal level, you may find it useful to think about how you yourself have changed over the years. Does your behaviour both at home and at work still reflect the person that you see yourself as? To what extent do the general trends we have identified in our 16PF research, or the more individual development paths predicted by type dynamics and the MBTI model, apply to you? This knowledge may be particularly useful for those considering a change in their career, or nearing retirement: do you still want from life the same things as you used to? Have you followed your passions and fulfilled the potential that was in you when you were young and striving, or do you find yourself contemplating middle age wondering where your enthusiasm and idealism went? These insights might help us acknowledge how priorities and interests change and shift in the most natural way as you get older, and embrace the new order – or they might give us a refreshed perspective on what’s really important.

The results are also a stark reminder that the younger generation is the future, and if we want to attract the best talent from that generation to join our organisations, we need to find ways to motivate them and empathise with them, rather than condemn them for the things we also did when we were their age. Generation Y might strike you as lackadaisical, self-absorbed rule-breakers, but they also have the ideas and energy that will power companies, and soon. This article characterises Gen Y as spontaneous and adrenaline-driven, wanting to be part of a collective culture and striving for success in the long term, which fits well with our own research findings.

So perhaps now is the time to stop bemoaning the downfall of society and “the youth of today”, and instead nurture working environments that empower our younger colleagues, ensuring the ongoing success of our work.