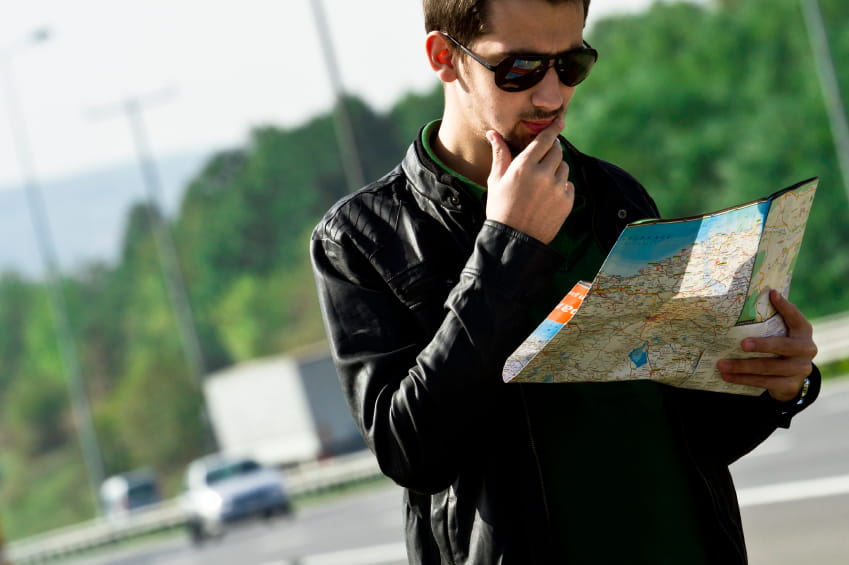 I once travelled a lot with an INFP. As an ESTJ, our styles were quite different. I would notice, for example, that we could be within two blocks of the hotel and he would have no clue as to how to get there, yet he would never admit he was lost nor would he ask for directions. Perhaps this was a guy thing, but perhaps it was a type thing, too!

On one trip I finally asked him for his definition of “being lost.” His reply: “Gaining no positive benefit from my current surroundings.” With that definition in mind, I could see how he rarely thought he was lost! There is usually something interesting happening in the world around him.

So what is my ESTJ definition of “being lost?” Here it is: not knowing how to get from point A to point B in the shortest, most efficient way possible.

On that same trip, I suddenly found myself lost (my definition). I applied his INFP definition and suddenly noticed buildings in a whole new way. Landscaping looked different and more inviting. I took the time to people watch in a way I didn’t usually do. All these activities were quite fun. But this only lasted for about 15 minutes – I can pack a lot in quickly! Then I started looking for someone who could direct me to where I wanted to go. My definition ruled, once again!

The next day we had agreed to explore the city we were in on our own, meeting at a theatre in the evening. I was quite surprised that he wasn’t there when I arrived. I know one of his values is to arrive early at every event; it is rude to be late! He slid in the seat next to me just as the play was starting.

At intermission I asked him what had happened in his day of exploring the city. He said he had a wonderful time wandering around and began looking for the theatre location early. He couldn’t find it! He was lost according to my definition!! He decided to hop in a taxi to get there. The cab driver said he’d be glad to drive him, but suggested he exit out the other side of the cab and walk the half block up the street to the theater marquee that was clearly visible – how could he miss it?!

An ENFP recently added to this ongoing discussion by giving me her view of getting directions when going somewhere. “It's not just that I don't want to take the time to get directions or I don't think they're necessary – sometimes I actively work to avoid having directions (deliberately don't listen, leave them at home or whatever) so I can have the fun/challenge of figuring it out as I go. Of course, I'm an adult and sometimes I just have to be somewhere at a certain time... for that there are Google maps.”

So what is your definition of being lost and how do you react to asking for directions?