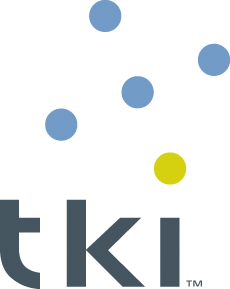 Act I - The origins of the Thomas-Kilmann Conflict Mode Instrument

In the fall of 1970, I entered the doctoral programme in UCLA’s Graduate School of Management. I chose to major in the behavioural sciences. During my first year in the program I was required to take a seminar, “Foundations in the Behavioral Sciences,” which was team-taught by five faculty members. That’s how I met Kenneth W. Thomas. Aside from teaching at UCLA, he was also completing his Ph.D. degree from Purdue University.

During the seminars I developed a keen interest in designing quantitative assessments of human behaviour, which required me to learn more about the validity and reliability of assessments. Based on this knowledge, I then designed a projective measure of interpersonal values, which ultimately became the topic of my doctoral thesis (Kilmann, 1972).

The five instructors of the seminar regularly updated us on their own varied projects, but I was particularly fascinated with Ken’s interests. Besides finishing up his dissertation on conflict modes and interdepartmental conflict (Thomas, 1971), he was also writing a chapter, “Conflict and Conflict Management,” for an important handbook in the field (Thomas, 1976).

In our discussions both inside and outside of class, Ken regularly expressed dissatisfaction with the way conflict-handling behaviour was assessed in research studies – based on his doctoral thesis. Blake and Mouton (1964) had developed the first conflict-handling instrument to measure the five modes; but the wording of the five statements made it obvious that “collaborating” was the ideal mode, while “avoiding” was the least desirable. Sure enough, over 90% of managers ranked themselves highest on collaborating and lowest on avoiding. Their subordinates, of course, experienced those same managers very differently.

By the time the doctoral seminar concluded in April 1971, I’d already made substantial progress on learning about instrument methodology and then applying that knowledge to my assessment of interpersonal values. From Ken, I had learned a lot about conflict theory and more about the social desirability response bias. While I don’t recall if there was a single moment, an epiphany of sorts, at some point Ken and I must’ve said out loud: “Let’s develop a new instrument to measure the five conflict-handling modes.” 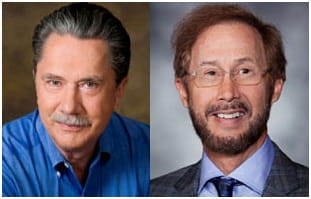 Work on the TKI begins

Since Ken’s chapter for the handbook had reinterpreted Blake and Mouton’s framework – from the independent dimensions of “concern for task” and “concern for people” to the independent dimensions of assertiveness and cooperativeness, respectively – we naturally proceeded with his revised model for defining the five modes: competing, collaborating, compromising, avoiding, and accommodating. We also made good use of the chapter I was preparing for my dissertation, which summarised and integrated the major works on instrument methodology and response biases.

We always knew that the biggest challenge in designing a better instrument was to overcome the social desirability bias: people’s tendencies to present the most socially acceptable image of themselves, rather than present themselves as they really are. This bias plagued the Blake and Mouton instrument, as well as the other conflict-handling tools: Lawrence and Lorsch (1967) and Hall (1969).

In a nutshell, Ken and I created thirty pairs of statements for our new instrument. For each pair, the respondent has to choose either the A or B item (collaborating vs avoiding, for example). But each pair of statements was specifically designed – through a multi-stage research process – to be equal in social desirability (for example, “I attempt to get all concerns and issues immediately out in the open” versus “I try to postpone the issue until I have had some time to think it over”). Since each pair of items on the TKI is equal in social desirability (and thus each item in a pair will make a person feel equally desirable to himself and others), a person has to choose each item based solely on its content (whether he usually relies on avoiding over competing, and so forth.). Ken and I thus made it very difficult for people to choose items to make themselves look good; instead, they have little choice but to indicate how they actually behave in conflict situations.

There is a nice by-product of this procedure for dramatically reducing the social desirability response bias: the forced-choice design conveniently measures the relative frequency of respondents choosing one mode over another. It was apparent to Ken and me that people don’t use several modes at the same time (which would be measured, ironically, if there wasn’t a forced-choice or similar format on a conflict assessment). Instead, people habitually use one mode more than another and that is precisely what we sought to measure with our Conflict Mode Instrument (which is nicely achieved within a forced-choice format). 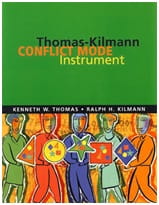 In 1973, Ken and I completed our research article about the development and validation of our conflict instrument, which we planned to submit to an academic journal. But we faced a dilemma: should we include the TKI in the appendix of our article (which would limit its exposure to other researchers and professors)? Or should we try to get the TKI published as a stand-alone assessment tool (which could bring the TKI to a much larger audience in business, education, and government)?

At one point in this decision-making process, Ken, as a newly appointed assistant professor, decided to ask a distinguished professor in marketing about our predicament. Dr. Hal Kassarjian gave Ken this advice: “Don’t be ridiculous. Only researchers are likely to use your thirty-item questionnaire. Put it in the appendix of your article and be done with it.”

But a few months later, Dr. Warren Schmidt, the Director of Executive Development at UCLA, asked Ken to help him develop some course materials for a training program on conflict management. The work was being sponsored by Xicom, Inc., a New York publishing company. During one of Ken's visits to Xicom, he brought along a copy of the TKI and asked if they might be interested in publishing it as a management training tool. Because of Xicom's positive response, Ken and I did not include our instrument in the appendix of our forthcoming article (Kilmann and Thomas, 1977). We instead signed a formal contract with our new-found publisher, and in 1974 Xicom published the TKI as a 16-page booklet.