The nonsense of benchmarking? 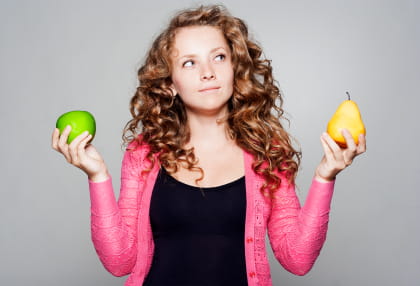 I met up with an ex-colleague from a previous organisation recently. During our catch-up he bemoaned the fact that a number of his clients wanted to engage in organisational benchmarking without seeming to know why or having a clear idea of how benchmarking might add value. The response to his question “Why?” was “Well, everyone else is doing it so we feel we should too.”

My ex-colleague’s subsequent mutterings about the “nonsense of benchmarking” and “it’s like comparing apples with pears” got me thinking that perhaps many organisations use the term without being clear about what they mean when they use it.

So what is benchmarking? What people seem to mean when they refer to organisational benchmarking is comparing their organisation’s business processes and performance metrics to industry bests or best practices from other industries. In some cases, this may be about completing an audit of where they are now in relation to the comparison organisations. In others, it may be about identifying best practices and learning from them.

My ex-colleague’s take was that many organisations engage in benchmarking as a tick-box exercise, trying to compare themselves against so-called model organisations without a critical look at whether the ‘model’ is one that is even a relevant point of comparison for their organisation, with its unique challenges, vision, values and culture.

Making comparisons in order to learn from other organisations only makes sense if an organisation is clear about what good looks like from an internal perspective first and appreciates the differences between their organisation and those they’re benchmarking against.

We would always advise our clients that benchmarking (whether organisational or individual) needs to be a context-driven learning and improvement exercise, based on clearly defined criteria and with a plan for follow-up afterwards so that the process can genuinely add value.

So, how to engage in ‘good sense’ benchmarking?

First, ask yourself why you’re doing it and be clear about the purpose before getting started. Take the time to reflect on your organisation’s particular challenges and strategic objectives. Consider the following:

And if you don’t know the answer to these latter two questions, then that in itself would suggest that there’s some work to do internally first, before making comparisons with external organisations.

Next, consider how you will know if the benchmarking exercise has been useful – start with the end in mind by defining robust and relevant criteria. So, for example, you might want to look at customer satisfaction, but if your parameters are too broad, you’ll end up with a lot of data that you won’t know what to do with.

Select wisely what (or who) you use as your reference point(s). It really will be like comparing apples and pears if there are no or very few commonalities between your organisation and the comparison organisation(s).

And last but not least, make sure that you follow up with activities aimed at making changes or achieving the improvements identified as necessary by the benchmarking exercise.

We’ll be returning to this theme in a forthcoming blog, switching the focus specifically to psychometric benchmarking. In the meantime, check out OPP’s case studies with Gucci, Hotel Chocolat and NHS North West Leadership Academy, where benchmarking formed a central part of the organisations’ development work.

This website uses cookies. To find out more about cookies, including how to see what cookies have been set and how to manage and delete them, set your preferences here
Accept
Our Customer Support hours are changing. We will now be available to answer your queries from 9am to 4pm, Monday to Friday.
Close