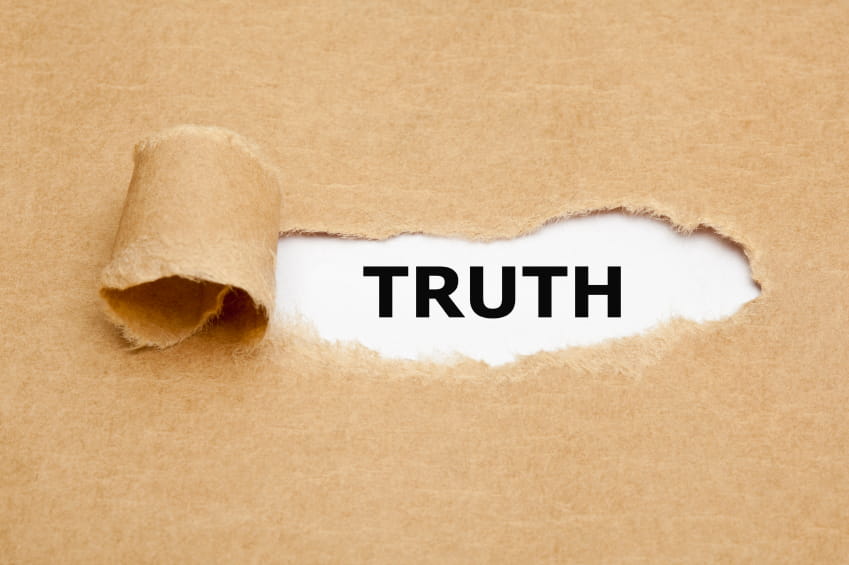 There is a great deal of information out there on the web about psychometric tests and questionnaires – and, as with most things on the internet, some of it is absolutely wrong, especially when it comes to using these tools in selection. Here are ten common myths, along with the real story.

Reality: There are sometimes (but not always) set-up costs in using tests, but once these have been factored in, the ongoing cost of using them is often relatively inexpensive – sometimes as little as £5 to £10 per applicant. And tests have no hidden costs; they can be administered remotely via the internet, or face to face in groups, with one test administrator for several candidates. Contrast this with (for example) a panel interview, where several senior managers are tied up for an hour or more for each interview and discussion; the hidden costs of salaries and lost opportunities can be prohibitive.

Reality: They do. Firstly, all reputable psychometric tests will give consistent, precise results – in the jargon of testing, they will be reliable. Secondly, they will be valid; when used in selection, reputable tests have been shown by independent research to be one of the best predictors of later job performance (if you want to know about the reliability or validity of a particular test, the test publisher should be able to supply this information). Combined with relatively low costs, this usually means that tests offer excellent value for money. Of course, no selection method is perfect, and managers may point to a star employee who did poorly at the selection tests, or a struggling employee who performed well, but on examination these will usually be shown to be the exceptions to the rule.

3. Myth: Tests are unfair and biased

Reality: Tests have often been shown to be fairer than other selection tools. Qualifications, job experience, interview questions, group exercises and other methods are all subject to bias; for example, a recent study showed that application forms from female applicants for a lab manager job were consistently rated lower than applications from male applicants – even though, apart from gender, the CVs were identical. Ability tests and personality tests have been carefully standardised on large groups of people so that undue bias is eliminated, and any differences between groups (men and women, for example) can be accounted for.

4. Myth: It is easy for test-takers to cheat

Reality: It isn’t easy for test-takers to cheat, but to understand why not we need to look at two different types of test separately:

5. Myth: Testing is too time-consuming

Reality: Tests vary greatly in how long they take to complete, from less than 10 minutes to more than an hour. However, this is the time taken by the candidate, and many modern selection tests will be completed via the internet, in the candidate’s own time. For the employer, the set-up time is likely to be minimal, and computer-generated reports will speed up the interpretation of test results and the time needed to make selection decisions.

Reality: No, it very definitely does matter. First, you should only use tests that have evidence of their reliability and validity. Second, different jobs require different skills and different temperaments; a checking test that is very relevant for an administrative role would not be useful for selecting senior executives, and the personality traits important for an air traffic controller would not be those needed in a salesperson. Third, some tools are not designed for selection, so for example the Myers-Briggs Type Indicator should only be used in individual or team development, but the 16PF personality questionnaire can also be used in selection.

7. Myth: You need to be a psychologist to use psychometric tests

Reality: You don’t. Tests are powerful tools, and do require expertise to use and interpret, but there are a number of ways in which people who want to use tests can acquire this expertise. Practitioners can attend training programmes which will give them the specific skills and knowledge to use ability tests or personality questionnaires; often these programmes will be ratified by an external body such as the British Psychological Society. Alternatively, the expertise can be embodied in a computer system that will administer tests and produce expert reports.

8. Myth: Tests are just a recent fad. We’ll soon be on to the next thing.

Reality: Psychometric tests have been around a long time, since Alfred Binet devised the first psychological tests at the start of the 20th century, and tests began to be used in selection not long after. The first version of the 16PF personality questionnaire dates back to the late 1940s. Surveys (for example, the CIPD resourcing and talent planning survey 2013) show that the use of psychometric tests has been fairly consistent over the last few years.

9. Myth: Tests are old-fashioned and outdated

Reality: It is certainly true that some individual tests are rather past their sell by date, but this has more to do with whether the research behind the test has been kept up to date than when the test was first published. Tests are still one of the most predictive and cost-effective selection tools available, and there have been a number of innovations over the last decade that have increased their utility and relevance. These include online administration, the use of more advanced techniques such as item response theory in test development and scoring, and much more sophisticated reporting and applicant tracking systems.

10. Myth: Tests can do everything, including making your selection decision for you

Reality: The research shows that ability tests and personality questionnaires, when used in selection, are extremely good predictors of job success – but they aren’t perfect; no selection tool is. Nonetheless, psychometric tests are better than most assessments, and can make an extremely important contribution to good selection decisions. A short, good-value but predictive selection process might include one or two job-relevant ability tests, a personality questionnaire and a structured interview.

The selection decision, and the responsibility that comes with this, are still yours – but psychometric tests and questionnaires are some of the best tools you can use to inform your decision.