The OPPrentice: objectivity would be a Sweet Thing 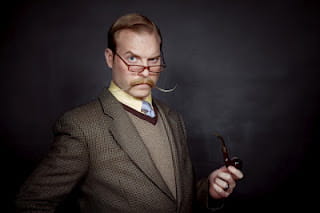 In this week’s episode, we found out which four candidates made the grand finale of the series, and which one just didn’t cut the mustard. After yet another ‘luxury lifestyle brand’ task, burbling Adam got the sack. Lacking product ideas, brand ideas, the all-important strategy, leadership skills, communication skills, an analytical mindset and self-awareness, Lord Sugar at last gave the lie to his deluded assertions that “I am the best candidate” and “there’s no way in a million years it’ll be me going” (all claims stated with a shifty look on his face and without any evidence to back them up).

Adam’s enduring presence in the process does continue to beg the question: what is Lord Sugar looking for and is he really measuring whatever that is in the most effective way? Yes, it’s a TV programme, but Sugar’s cult of personality and boardroom politics may not be so far off the business world that he comes from. And as he says: “and by the way, this is my money” – so there’s more than a TV exec’s reputation at stake. 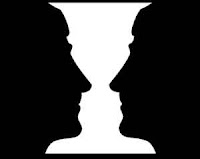 We’ve talked before about the selection process being used here: the lack of job definition or objective benchmarking against articulated competencies. In this task, a barrage of industry experts listened to the teams’ pitches, but we didn’t get to hear their feedback. The information Sugar takes in from them and from his aides is not systematically collated or objectively analysed: rather, it confirms his existing view of the candidates. In psychology this is called confirmation bias. As with the familiar gestalt image shown here, where we either see two faces looking at each other, or a vase, depending on our viewpoint, Lord Sugar’s perceptions are biased based on his experience, his existing views of people and his values, rather than on who will really succeed in the workplace. Whilst Sugar may be a bit of a wheeler dealer caricature hamming it up for the cameras, the confirmation bias he exhibits is a warning to all of us involved in recruitment. Do we seek to understand the real, whole person when we meet candidates, or do we subconsciously measure them up against our own set of stock characters formed within our own imaginative landscapes?

As we have said, the best way to gain objectivity in selection (and therefore to ensure we don’t miss out on recruiting someone with great potential, just because they have a toothy smile that we associate with lapdog minions) is to know what you’re looking for up front, and have a robust way of measuring these qualities. However, beyond straightforward competencies, development catalysts can also give us insight into whether a person will continue to excel, even when you ask them to flog 50 million Amstrads on a street corner.

Our research and experience suggests three factors that affect the ability of leaders at all levels to reach their potential and therefore to achieve their goals: capacity to learn, motivation to change and self-awareness. Team Sterling, now composed of Ricky and Tom, demonstrated all three of these, as they collected data about their chosen industry, drilled each other on the potential questions that could come out of their pitch, and admitted the downsides of their dull-as-dishwater branding. Like porcupines making love, the aspiring Modern Gentlemen circled each other tentatively and paid mutual hair compliments, but were able to work as a professional, slick team to come up with a winning presentation.

The losing team Phoenix had some more interesting dynamics. Whilst Adam showed drive and motivation, he lacked self-awareness and didn’t learn from previous pitches to potential clients, where preparation was everything. His awkward and ill-informed presentation did nothing to bolster the lively and warm environment Jade had managed to foster in their confectionary shop (fascinatingly, Adam is now apparently available to hire as a guest speaker at your corporate events… watch how you’re holding that glass now!). Many viewers may have turned into Jade fans as she threw herself into idea-generation, demonstrating some capacity to learn and a good degree of motivation (though whether this is motivation to change and develop personally remains to be seen).

It’s difficult to say whether Nick demonstrated any of these development catalysts. He has managed to gain a reputation as a nice guy, but a few things suggested he might be a bit of a dark horse… When asked who should be sacked, his assertion that this should be Jade rang a little hollow. Was he playing the long game and trying to eliminate the candidate who was the greater threat to himself?

So, the big question is, who will win and will it be the ‘right’ person?! Will they have the capacity to learn: to pick up new ideas and integrate new learning, or will they bullishly stick to their position? Will they be motivated to change and improve: willing to step outside their comfort zone, or will they bang on about the areas and concerns they are confident in? Are they aware of their own strengths and weaknesses and their impact on others, or are they doggedly competitive to the detriment of all teamwork? And how on earth does Lord Sugar or any of his indomitable colleagues propose to get at any of this in the dreaded interview episode, if they haven’t considered what qualities the proposed role even requires in the first place? Having sniggered at the antics of the candidates throughout the previous episodes, no doubt the fearsome interviewers will be coming to the process with some pretty entrenched confirmation bias of their own.