The OPPrentice: what can we learn from Ricky’s metamorphosis? 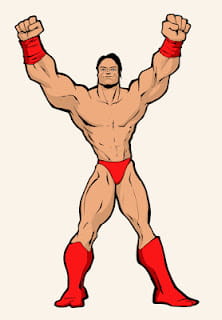 Lord Sugar’s quest for his business partner is finally over. After 13 weeks of arduous tasks and boardroom antics, we have a winner in the name of Richard, aka Ricky Martin, semi-professional fighter by night, recruitment consultant by day. Based on the first few weeks of the series, who would have thought that burly fitness fanatic, self-styled ‘reflection of perfection’ and eyebrow acrobat showman Ricky would secure the £250,000 to kick-start his business idea?

Ricky’s journey through the series has been interesting. At the start of the show, Ricky came across as arrogant, bullish and superficial. However, as the weeks went on, he metamorphosed into a humble, mature and authentic leader. Compared to the remaining candidates, Ricky seems to have changed and grown the most. This personal journey of self-development appears to be the defining characteristic of winning this year’s Apprentice.

Our blog post last week mentioned catalyst factors that determine success: capacity to learn, motivation to change and self-awareness. Ricky demonstrated these catalyst factors on his journey through the series. He learnt from his mistakes on the tasks, listened to feedback from Lord Sugar and was willing to change. As a result, he became a self-aware individual, with a better understanding of his strengths and weaknesses – even the terrifying Claude Littner found Ricky “mesmerising”!

Ultimately, Ricky won because he had a solid business plan and idea. Though not entirely innovative, Lord Sugar clearly saw potential in his idea, which comprised knowledge of and passion about the recruitment industry, and a drive to achieve results. Conversely, Jade’s business idea lacked creativity, even though she had advocated this as her strength throughout the series. Surely telemarketing was out dated ten years ago? Pulling out these elements demonstrates the benefits both of gaining self-awareness in your working life, and choosing a path that allows personal authenticity.

In the grand finale episode, we witnessed the remaining four candidates ‘interviewed’ by Lord Sugar’s formidable advisors. As they ripped through the candidates’ business plan and mocked their personal statements, it was hard not to wonder how some of the candidates made it so far in the first place. In the end, the quality of the business plan was one of the most key criteria for selection – much as a written work-based test might inform whether a candidate is called for interview at all. Combined with the questionable CVs and ostentatious style of some of the personal statements, this part of the process really served to highlight the fact that candidates were chosen to appear on the programme for their potential to hang themselves on national TV, just so that us viewers can get a sense of voyeuristic delight at watching their overblown egos deflated during the final stage… Equally, the interviewers’ grilling techniques, whilst making good TV, set out to humiliate and intimidate the candidates, which won’t necessarily get the best out of them. We won’t kid ourselves that it role-models a rigorous selection process.

However, despite The Apprentice lacking in transparency, an undefined job description (other than to make as much money as possible) or person spec, uninspiring tasks and some pretty obnoxious individuals, the show does provide us with some information about people’s behaviour in the workplace. If anything, it teaches us how not to behave in business.

Over the weeks, we have seen candidates demonstrate (or not) leadership skills and team work, and deal with conflict and stress: factors we all regularly face in the workplace. Ultimately, our work (other than paying the bills) is about how we achieve our goals, how we work with others, what we learn about ourselves in the process, and importantly what we do with that learning. And if a hotpants-wearing muscle man can go from livin la vida loca to starting up his own venture, all by gaining personal awareness and showing the capacity to change and develop, perhaps there is a little lesson in there for all of us.

Post-Apprentice, there’s Big Brother to quench our voyeuristic thirst... I think I might pass on that though thanks…